CEBUANOS and aspiring homeowners alike will soon be offered with another quality option of a place that they can call home.

Priland Development Corporation, a Cebu-based real estate developer, has embarked on a partnership with another homegrown real estate company, Ambaco Realty, for an economic housing project.

The 15-tower, mixed-use residential property will boast of a commercial edifice, a clubhouse and a passenger’s terminal. This will sit in the bustling cosmopolitan of Mandaue City.

According to Yap, the burgeoning demand of residential spaces in the housing market inspired Priland Development Corporation to launch the future subdivision, which is going to be in a 3.1 hectare land in Barangay Pagsabungan.

“Despite the pandemic, there is a high demand of housing units,” said Yap during the contract signing event, which was also attended by other team members of both Priland and Ambaco.

Ambaco Realty, on the other hand, found compatibility with Priland, seeing that there is synergy between them in pushing for this ambitious condominium property.

With pre-selling of the units envisioned next year, the project is set to break ground in 2023.

The local real estate developer chose the brand name from the first two syllables of the native name of the country Philippines, “Pilipinas”. It is also derived from the Filipino word “pili,” which means to choose in English.

Patriotic as it is, PiliFlats Garden Place targets the budding families, young professionals, and overseas Filipino workers (OFW) market. PiliFlats is a byproduct of years of conceptualization that only materialized now. 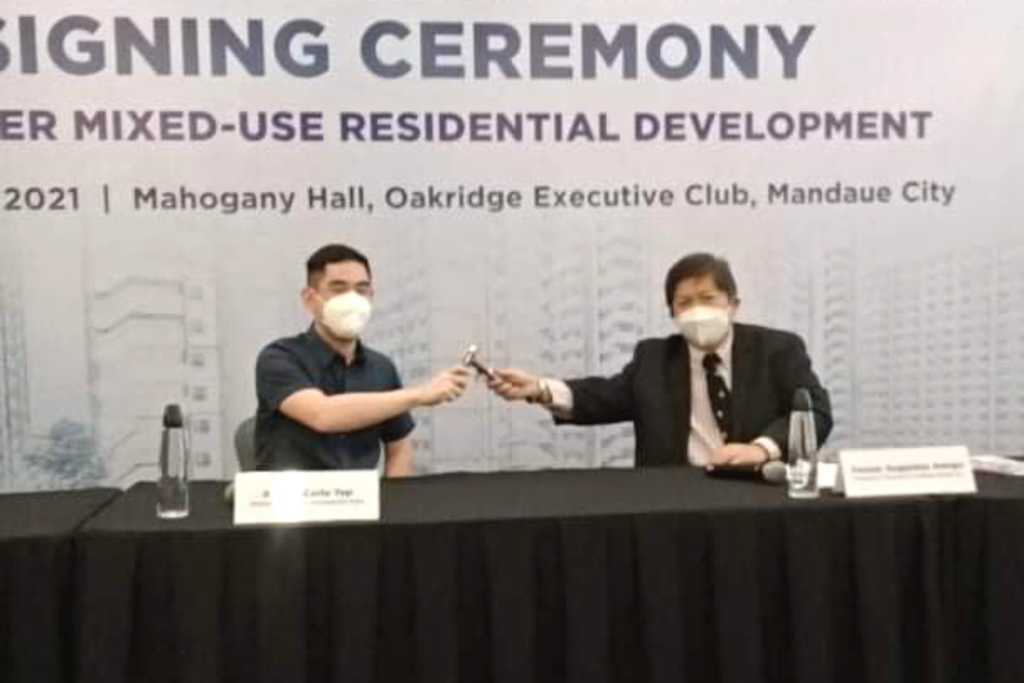 With pre-selling of the units envisioned next year, the project is set to break ground in 2023. Each tower will house about 200 condominium spaces each, which will total to 4,000 units for all 15 towers.

When asked about the edge of PiliFlats among the other existing economic housing facilities in the metropolitan, Yap simply stated quality amenities, an industrial hub location, and affordability. Each unit in the property is pegged at approximately P1.7M.

Priland is the builder behind ongoing constructions of vertical properties Vertex Central situated along Archbishop Reyes Avenue and the first phase of Paseo Grove in Mactan. Ambaco Realty as well has its array of projects, which include agriculture and medical tourism. Maayo Clinic is one of its successful developments.