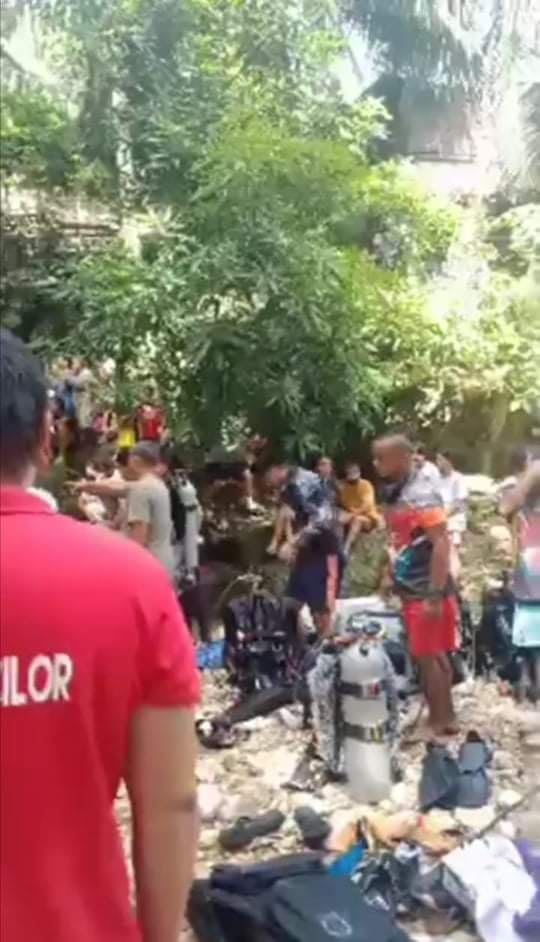 Emergency responders conduct a Search and Rescue Operation on Friday afternoon, November 5, 2021, to locate a senior citizen who slipped and fell off Bagatayam Falls in Sogod town. | contributed photo via Paul Lauro

CEBU CITY, Philippines — A 67-year-old man died after he fell off Bagatayam Falls in Sogod town while washing coconuts that he would process into copra on Friday noon, November 5, 2021.

Davidon said that it was around 12:30 p.m. when they received a report about Sultones falling off a waterfall and going missing.

Personnel from the town’s Disaster Risk Reduction and Management Office, Sogod Police Station, and Catmon divers helped in the search and rescue operation.

Davidon added that the victim was rushed to the nearest hospital when found around 2:00 p.m. on Friday, but was declared dead on arrival by the attending physician.

Davidon said that Sultones was reportedly washing coconuts that he would process into copra when he slipped and fell into the water, which carried him over the falls.

(He was washing coconuts to be processed into copra when he slipped and fell into the river which is 20 feet deep. He was rushed to the hospital when found but was declared dead on arrival.)

Davidon added that processing copra was Sultones’ long-time source of income. Since his house is located nearby, he usually frequents the falls to wash the coconuts.

Davidon said that this was the first fatal incident he knew that occurred in the area which is privately owned.

Davidon reminds the public to stay away from similar areas especially when alone.     /rcg