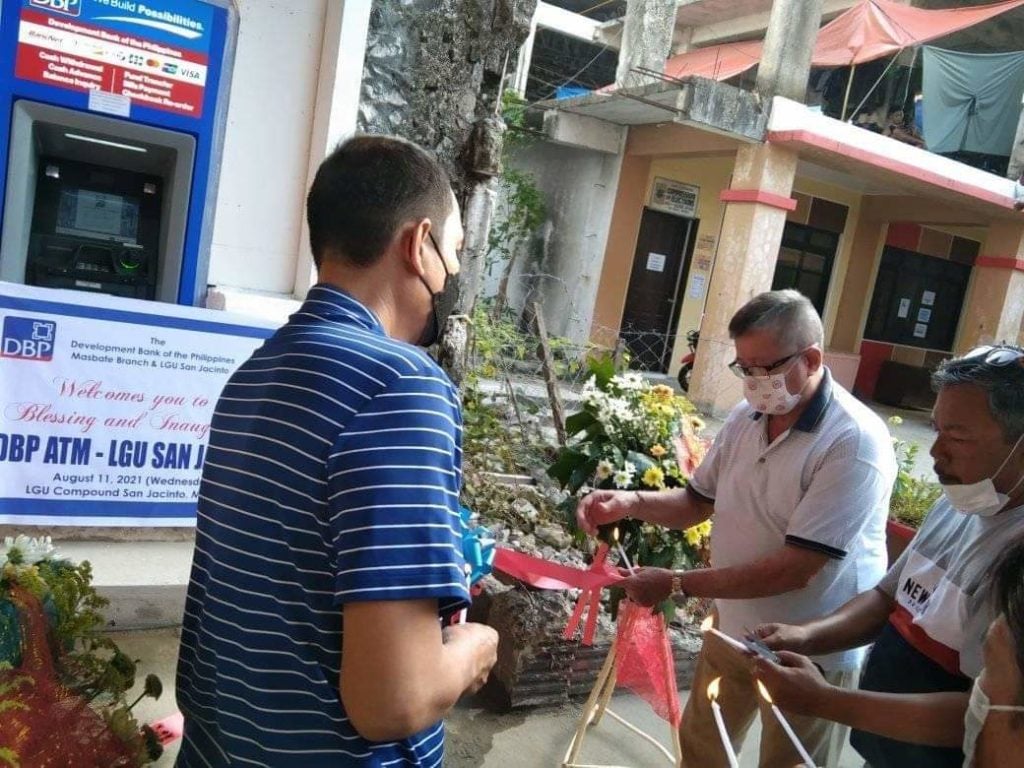 Shown in the photo during the ribbon-cutting ceremony of the DBP ATM in LGU San Jacinto are (from left) DBP Assistant Manager Eugene Alej R. Espenilla and Mayor Ciceron Altajeros.

DBP President and Chief Executive Officer Emmanuel G. Herbosa said the installation of two ATMs in the remote island is the first by a universal bank and is part of the bank’s thrust to promote financial inclusion especially in unbanked and underserved areas in the countryside.

“This initiative is part of our greater effort to service communities across the country with disrupted or limited access to banking services,” said Herbosa. ‘’The newly-installed ATMs will provide 24/7 electronic banking services to the nearly 51,000 residents of the municipalities of San Jacinto and San Fernando, and the neighboring unbanked towns of Ticao Island.”

DBP is the fifth-largest bank in the country in terms of assets and has a branch network of 130 branches plus 11 branch-lite units which are mostly situated in far-flung municipalities and provinces across the country.

Ticao Island is one of the three major islands of Masbate Province. It is composed of four municipalities and 72 barangays with an estimated population of about 90,000, with San Jacinto and San Fernando classified as fourth- and fifth-class municipalities, respectively.

Herbosa said the offsite ATMs in San Jacinto and San Fernando officially started operations last August 11 and 12, respectively, and have brought to 18 the number of DBP ATMs serving Masbate Province.

He said the bank has partnered with the cargo and freight company MV Angel Wings, Inc. of LGU Batuan Mayor Charmax Yuson which offered free transportation to and from Masbate City to Ticao Island to ferry the machines as a show of gratitude and support to the bank.

“DBP intends to expand the touchpoints for formal financial services in support of the National Government’s efforts to bring more unbanked Filipinos into the formal banking system,” Herbosa said.     /PR

Read Next
Give people incentives to get vaccinated, says Robredo