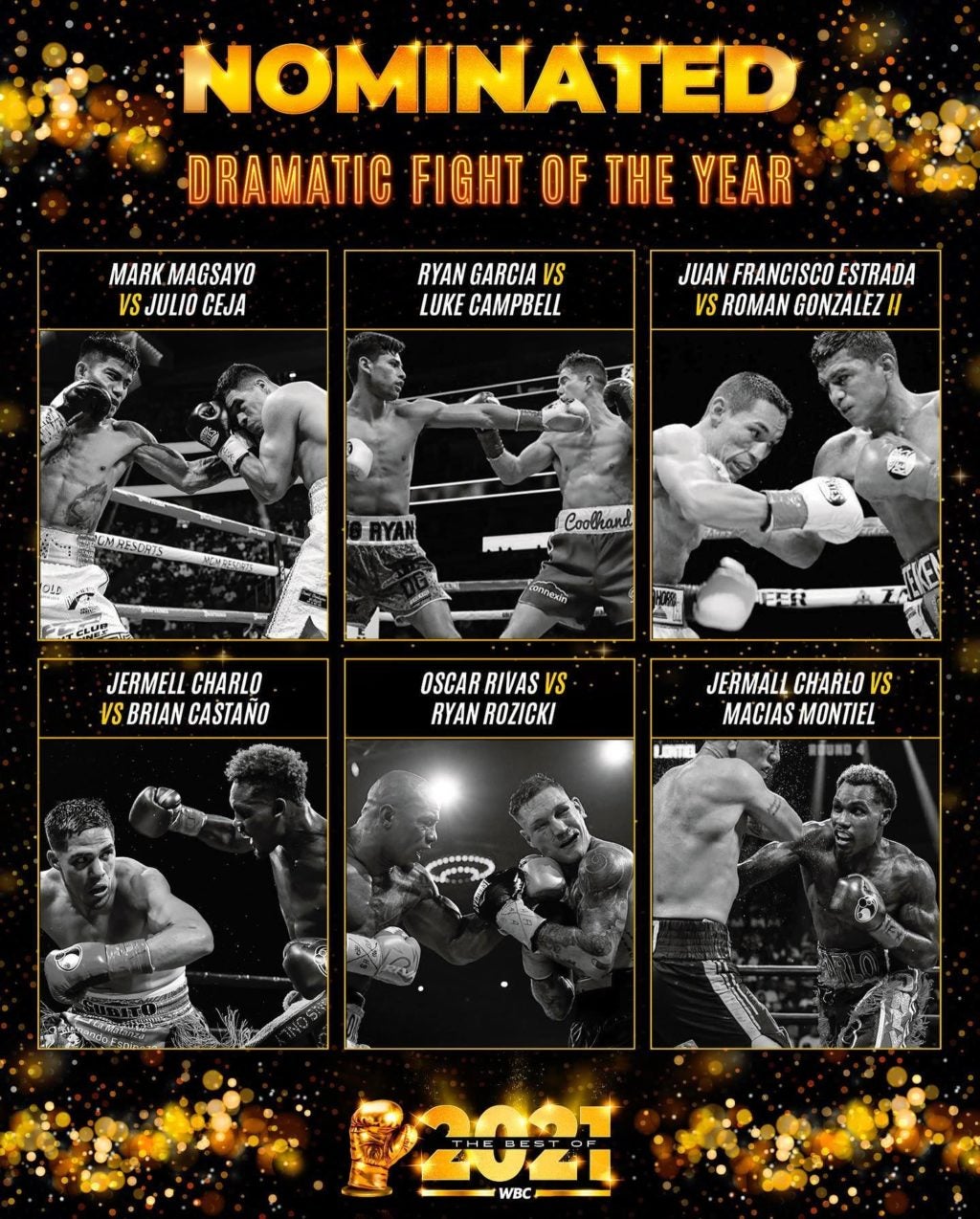 The 26-year-old Boholano boxer, who is the reigning World Boxing Organization (WBO) international featherweight champion, has been nominated for the “Dramatic fight of the Year” and the “Prospect Of the Year” awards.

All of the nominations came from his 10th round knockout win against Ceja that stole the spotlight in the undercard of Manny Pacquiao vs. Yordenis Ugas world title showdown on August 21 in Las Vegas, USA.

Magsayo (23-0-0,16 knockouts) and Ceja (32-5-1, 28KOs) was a thrilling back-and-forth battle for the WBC World featherweight title eliminator that resulted to multiple knockdowns between the two of them.

Magsayo was on the brink of defeat when Ceja decked him in the fifth round and pretty much dictated the ensuing rounds.

However, Magsayo came back viciously, knocking out Ceja cold in the 10th round. Their thrilling bout earned many praises and was considered by many as “Fight of the Year.”

Indeed, the Magsayo-Ceja world title eliminator caught WBC’s attention and was nominated as one of the six candidates for the “Dramatic Fight of the  Year”.

Other nominees for the award includes Ryan Garcia vs Luke Campbell, Juan Francisco Estrada vs. Roman Gonzales, and Oscar Rivas vs. Ryan Rozicki.

Magsayo’s second nomination is the “Prospect of the Year” along with Amircal Vidal, Elvis Rodriguez, Xander Zayas, Edgar Berlanga, and David Picasso.

He earned the nomination for his victory against Ceja.

To vote for Magsayo and the other nominees, visit WBC’s official Facebook page.