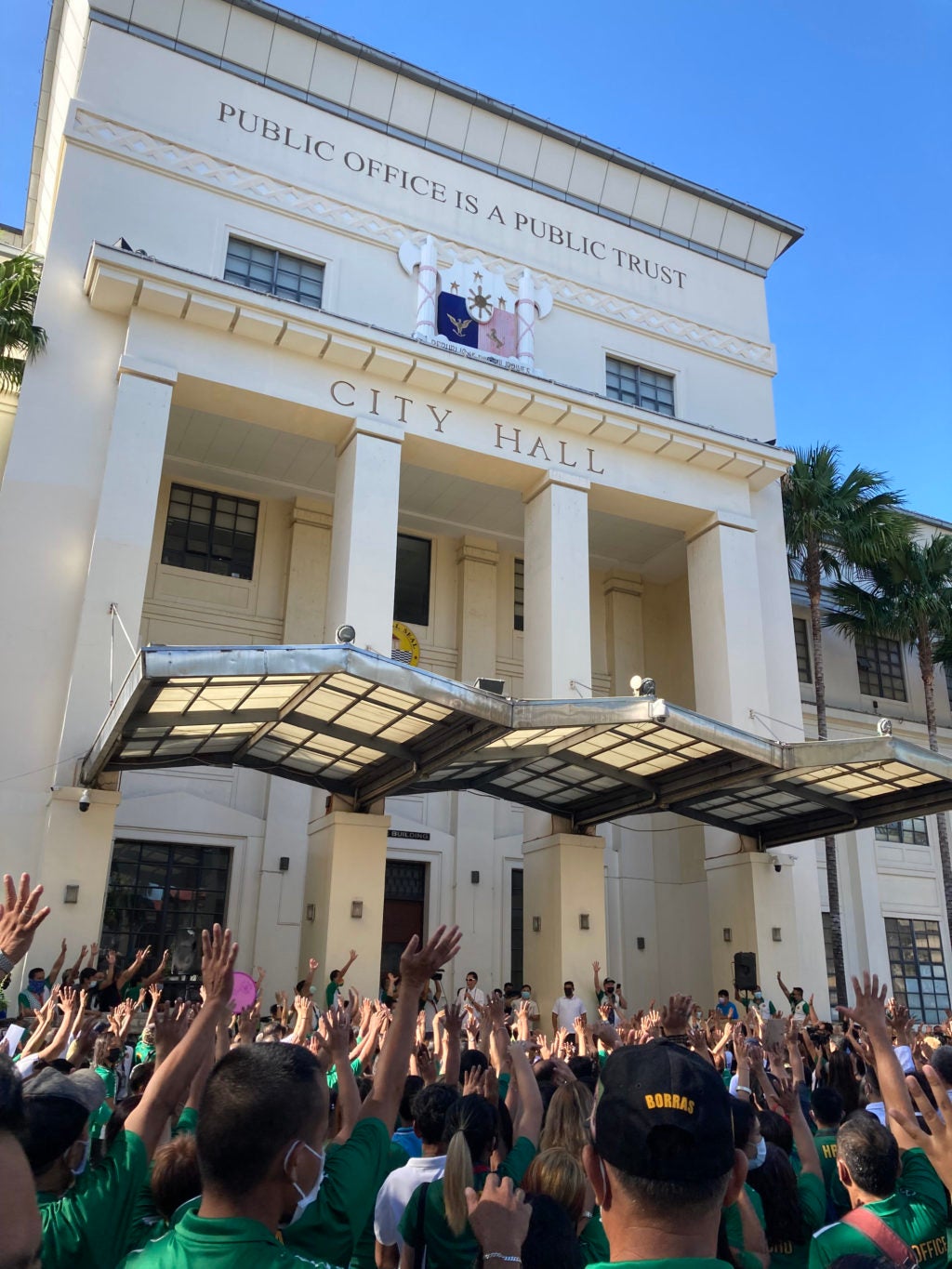 Cebu City Hall officials who are fully vaccinated raise their hands when Acting Mayor Michael Rama asked them to do so after the flag raising ceremony on Monday, November 15, 2021. CDN Digital photo | Mae Fhel Gom-os

MANDAUE CITY, Cebu – The number of fully vaccinated Cebu City Hall employees is expected to increase by the end of November.

Based on the data released by the Office of the Acting Mayor Michael Rama, who is currently having his two-week vacation leave, more than 85 percent of around 6,000 employees of the City Hall are already fully vaccinated.

Susanne Ardusa, overseer from the Office of the Vice Mayor, said they have been meeting with the department heads and offices to continue to advocate vaccination to those who are still unvaccinated.

Out of the submitted names from casual, regular, and job order employees of the City hall, Ardusa said majority of the unvaccinated are job orders.

She said department heads are urged to group their subordinates who have not yet received their jabs since they plan to invite doctors to answer whatever their concerns may be that may be with the vaccination.

It can be recalled that Rama said he would not allow the release of the P20,000 Christmas bonuses if not all employees would be vaccinated.