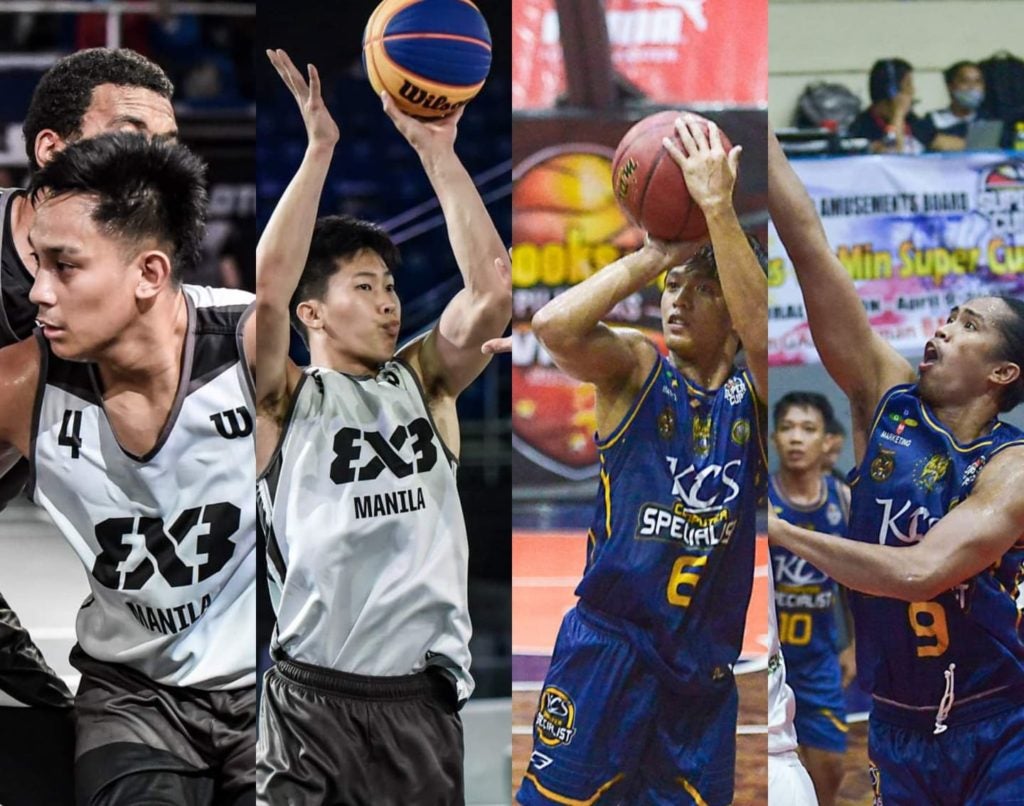 Cebuano cagers who will be seen in action in the second conference of the VisMin Super Cup in Pagadian City. From left; Mac Tallo, Zach Huang, Shaq Imperial, and Rhaffy Octobre. | Contributed photos

CEBU CITY, Philippines —No Visayas-based teams will be seen in action in the Chooks-to-Go Pilipinas VisMin Super Cup that runs from November 20 to December 19, 2021 in Pagadian City, Zamboanga del Sur.

Thus, this conference will be billed as the “Mindanao Challenge” featuring the best basketball teams in Mindanao.

(They did not join now because they found it is very far. They will join in the next conference. There will be a third conference, which we will hold in Cebu, that is where we will see the Cebu teams as well as the new teams from Dumaguete and Consolacion that have committed to join.)

Seven Mindanao-based teams will compete in the league’s second conference.

The inaugural conference’s overall champion, the Basilan-BRT Peace Riders lead the eight teams to compete in the league.

Despite not having Visayas-based teams, still many Cebuano cagers reinforce the roster of several teams that compete in this conference.

Meanwhile, the Peace Riders will be reinforced by Manila Chooks TM’s Cebuanos Mac Tallo and Zach Huang and will be coached by Aldin Ayo.

On the other hand, Cesafi MVP Shaquille Imperial, Rhaffy Octobre and Michole Sorela, who played for the Visayas leg champions, the KCS Computer Specialists-Mandaue City will suit up for the newcomer, Anak Mindanao Warriors.

Caro reassured Cebuano basketball fans that the Visayas and Cebu-based teams will be back in action in the third conference in February.

They are planning to hold it in Cebu City and hopefully can accommodate audience at that time.