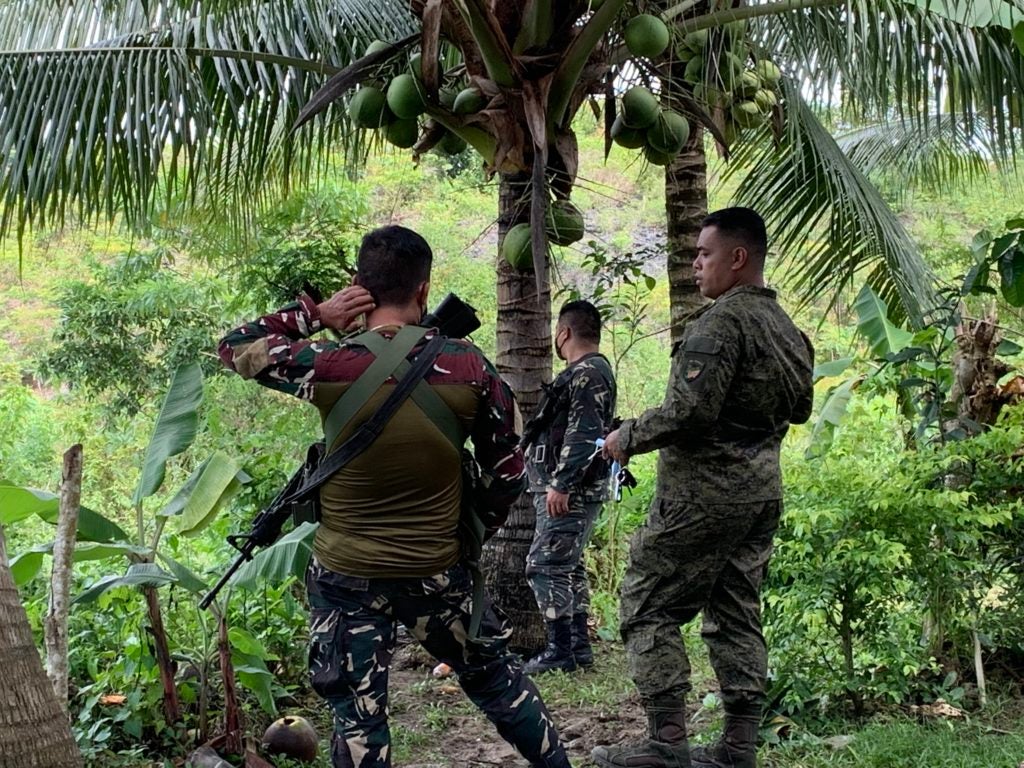 Some members of the Armed Forces of the Philippines are seen during the opening of the road project in barangays Cotcoton and Bulyagon in Dumanjug town on Friday, November 18, 2021. CDN Digital photo | Pegeen Maisie Sararaña

CEBU CITY, Philippines — The military here said they are anticipating any attempt of “permit to campaign” and “permit to win” extortion schemes of alleged members of the New People’s Army (NPA) during the election period.

Major Joe Patrick Martinez, ground commander of the 3rd Civil Relations Group (3CRG), Civil Relations Service of the Armed Forces of the Philippines Visayas Command (CRS AFP), said that these extortion schemes has been used by the NPA to force people to support certain candidates.

“Permit to a campaign” allows candidates to enter the Communist Terrorist Group (CTG) infested areas to promote and present themselves to the voters, while the “permit to win” refers to the CPP-NPA-NDF’s order to their members on whom to vote for in the elections, according to an article from pna.gov.

Since the presence of NPA in the Visayas is said to be depleting in resources and forces, Martinez said that the community is already empowered and informed about these illegal activities of the members of the NPA. That is why they continue to call for the public to take part by coordinating and reporting this kind of activity.

Marquez said they have not receive reports about the possible presence of members of the NPA here yet but they have information that some efforts of recruitment being done.

Marquez said that they are moving forward to development in fighting against insurgency. Instead of attending to encounters, Marquez said that it would be better to focus on development, especially in creating roads that will give access to the needs of the community and also making it easier for them to respond during emergencies wherein security is at risk

One example that Marquez is referring to was the opening of the road connecting two barangays in Dumanjug town. Barangays Cotcoton and Bulyogan will have an easier access to transportation when the road project will be finished early next year.

Read Next
‘Cebu City has lost a great public servant’