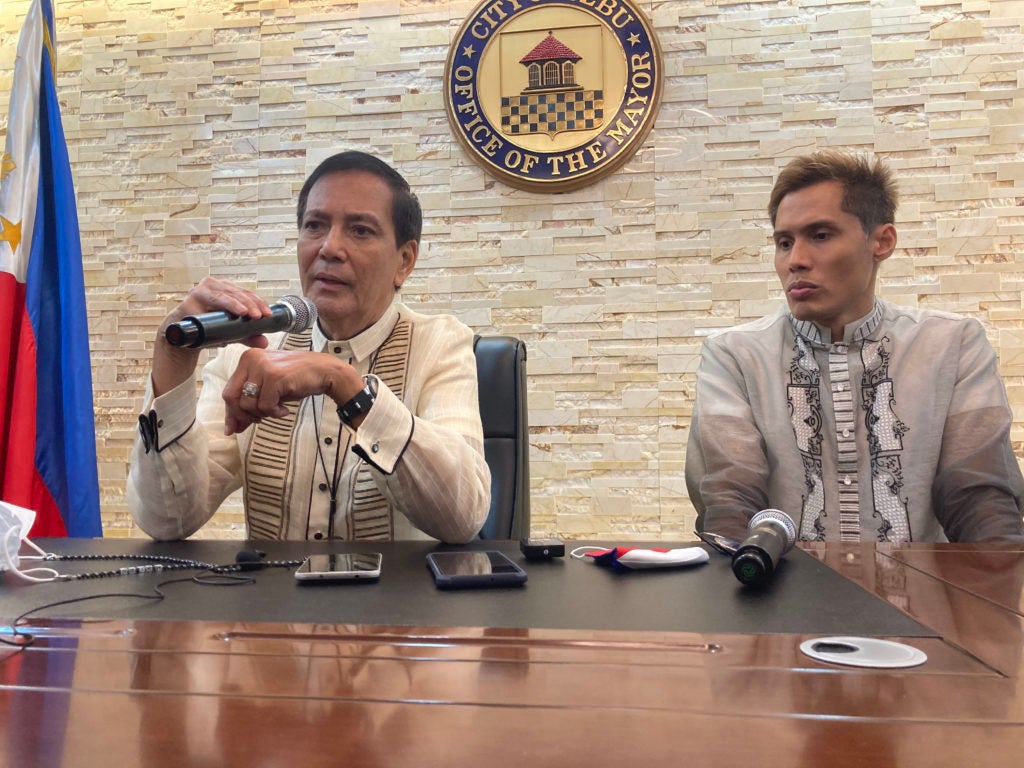 CEBU CITY, Philippines – Some may think that it was still too soon for him to take his oath of office and formally assume as Cebu City Mayor to replace the late mayor Edgardo Labella who died at dawn on Friday.

But Mayor Michael Rama said Cebuanos have to understand that “succession follows when death comes.”

“They have to understand that by law, [it is] very clear when death comes, succession follows otherwise there is a hiatus,” he said during his first press conference as the new mayor of Cebu City.

Rama and now Vice Mayor Donaldo “Dondon” Hontiveros both took their oath on Saturday morning, November 20, or less than 48 hours since Labella’s death.

Rama admitted that while he wanted to be city mayor again, he never wished it to be done this way. With Labella’s death, he is left with no other choice but to lead the city.

He said that he considers his mayorship that will officially end on June 30, 2022 as one that still belongs to the late mayor Labella.

Rama said he dropped by Labella’s wake early on Saturday morning to speak to him before he officially took his oath of office.

“This is not the way that I wish to become a mayor. I just came from where my partner was being laid. [I] talked to him with City Administrator Jun Casas before coming here, telling him that Edgardo, this is not the way I wish to take the reign of the city government. There will never never be a chance that we will be running against each other,” he said.

Rama disclosed that his last interaction with Labella was through a text message sent last July 1.  But they also had a very long talk during the first week of June.

“I cried, i cried because I’ve been wanting to see him. I’ve been wanting to get what is in his part, what is in his mind. For the last interaction we have was only in July 1 and then I remember the last long talk we have was somewhere in the first week of June when he called me at 4 oclock and told me mayor, I have already decided that I should take medical leave,” he recalled.

He assumed as acting mayor after Labella went on leave.

Rama said he was not in a hurry to become mayor again, but he had to be practical and immediately take his oath as Labella’s replacement to oversee pending concerns that the late mayor left behind and would want him to continue.

One of which is Labella’s 10-point agenda that he wanted to review.  He wanted to add his own plans into the late mayor’s 10-point agenda and see to it that both their plans will be implemented during the remainder of his term as mayor and he intends to continue with its implementation should he get elected in the May 2022 polls.

Rama promised to start with his review after Labella is laid to rest.

“I have said all over again that I will not rock the boat. There’s no rocking in the boat but here’s one month I already have placed in what I called the so called management team and that will be more or less counterpart, not to supplant but to oversee, to operate, then coordinate at the same time collaborate,” he said.

Hontiveros, for his part, said he will continue to support Rama’s programs and adhere to his policy that the majority should rule while at the same time showing respect for the minority.

“For the years as Councilor and listening to the statement of the presiding officer, I will just continue his lead of really that line of, majority rules but [with] respect [for] the minority,” he said.