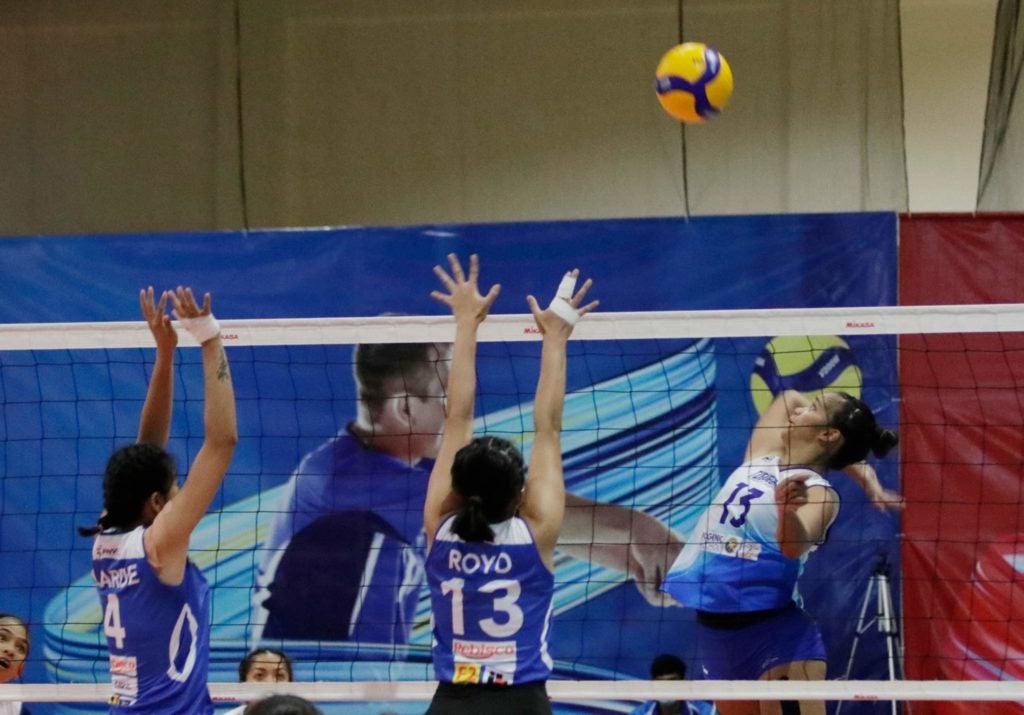 Jho Maraguinot goes for a spike against Baguio City during their PNVF Champions League match. | Photo from PNVF

Jho Maraguinot led the Perlas Spikers withh 10 points and six aces as the team grabbed their second straight win, bouncing back from their opening day defeat against Chery Tiggo.

Coach Rei Diaz was satisfied the way the Perlas Spikers performed in the 68-minute contest.

“The most important thing is helping one another. And for everyone to be committed,” Diaz said. “So far, everyone is sticking to our goal. So far, so good.”

Nicole Tiamzon chipped in four points to go with eight digs, Jules Samonte scored all of her three points from the service area and setter Fen Emnas tossed in 16 excellent sets and also scored three points.

For Maraguinot, who was acquired by the Perlas Spikers earlier this year, the Champions League will serve as a confidence builder for her.

“I’m taking it one day at a time. There are still a lot of be fixed but I’m grateful that my teammates are helping me,” she said.

“We will give them a good fight,” said skipper Michelle Morente against her former club composed mostly of De La Salle stars.