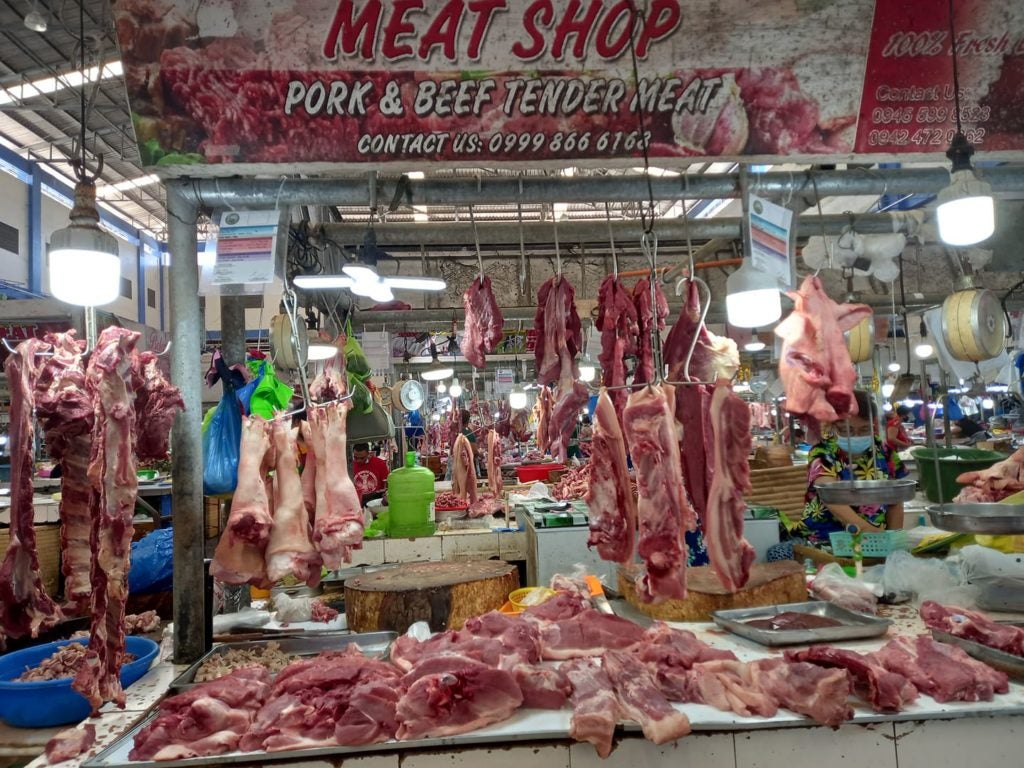 Meat are displayed at a stall in the Mandaue Public Market. | Mary Rose Sagarino

MANDAUE CITY, Philippines — The price of meat per kilo in Mandaue City may increase by 30 percent in December.

This is according to Edgar Seno, Mandaue City’s market administrator.

Seno said the possible price increase of meat might happen because of they observed a reduction in supply and an increase in demand of meat.

Seno said the prices of meat in the city had been fluctuating, playing between P240 and P280.

(Sometimes, it will reach P300 per kilo. However, it will only be for a short time and it will then go down.)

Seno said though they monitor the prices of goods in the market weekly, which would be passed to the Department of Trade and Industry.

He said that with the restrictions being lifted or loosened, they would expect more people to shop at the market during holidays.

Lisa Tabanera, a meat vendor, said they were worried because the holiday was fast approaching and there was no guarantee of enough supply of meat from their suppliers.

Tabanera said even now, suppliers would limit their orders.

Over 64 kilos of imported meat confiscated in Cebu City