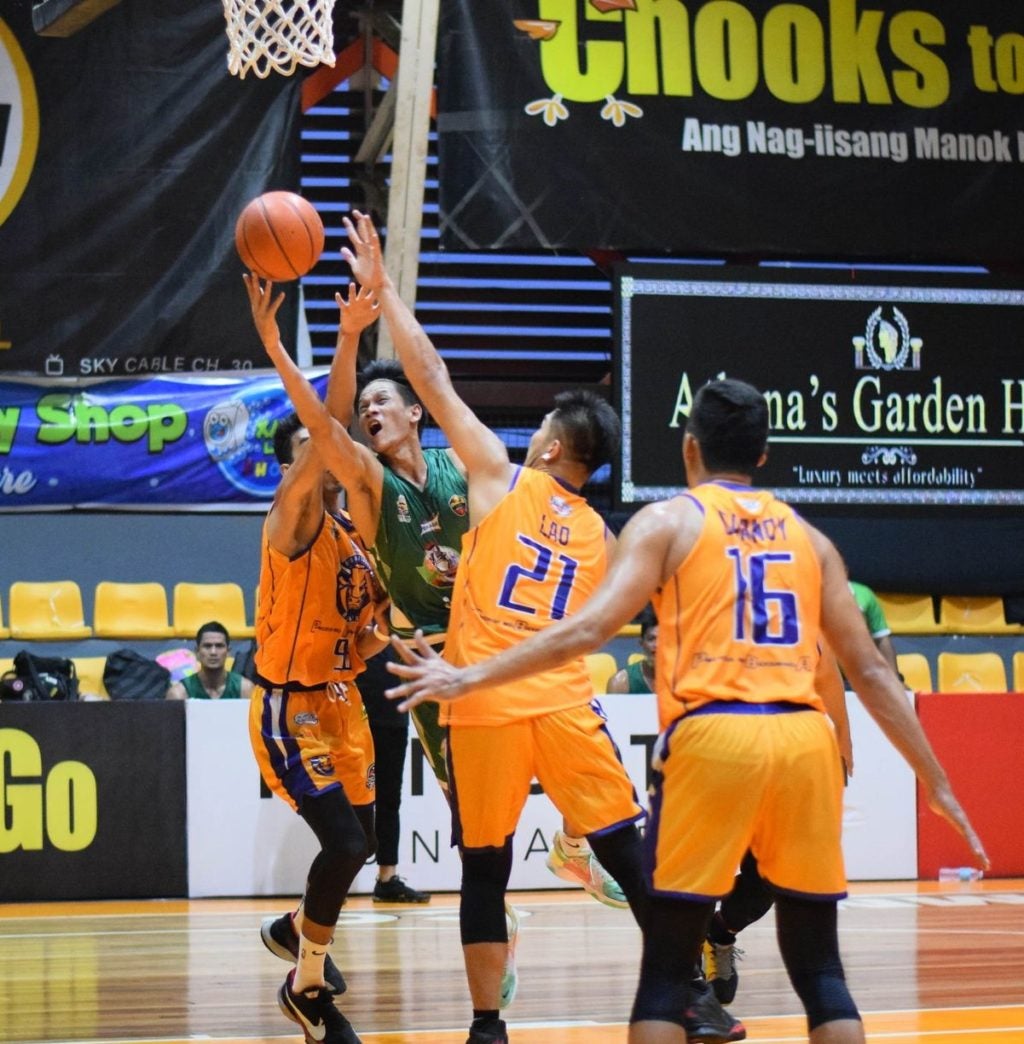 Roxas’s Jaymar Gimpayan squeezes through the defense of Kapatagan with a layup during their VisMin Cup match on Tuesday, Nov. 23, 2021. | Photo from VisMin Super Cup Media Bureau.

With their lead down to just five, 77-72, the Vanguards unleashed a game-finishing 11-2 burst for the emphatic win.

Cyrus Tabi started the run with a shot-clock beating floater before he, alongside Marlon Monte and Nick Abanto buried three straight treys, 88-74, with less than a minute to go.

It was both an inspirational and emotional victory for the Vanguards who dedicated their win to their utility staff Gerry Cojuangco who passed away on Sunday.

Marlon Monte fired 27 points on 7-of-14 shooting from the field and a perfect 9-of-9 from the stripe to lead the Vanguards. He also had five rebounds, five assists, and two steals.

Tabi also came up big with 19 points, six assists, and five rebounds, while Kentoy Segura was a spark off the bench with 13 points.

Richard Kwong and Garexx Puerto combined for 20 points, 18 from the first half, but failed to stop Roxas.

Kapatagan will square off with Zamboanga Sibugay tomorrow at 4 pm, for a chance to get into the win column.

Meanwhile, Roxas returns on Friday against Iligan at 4 pm.