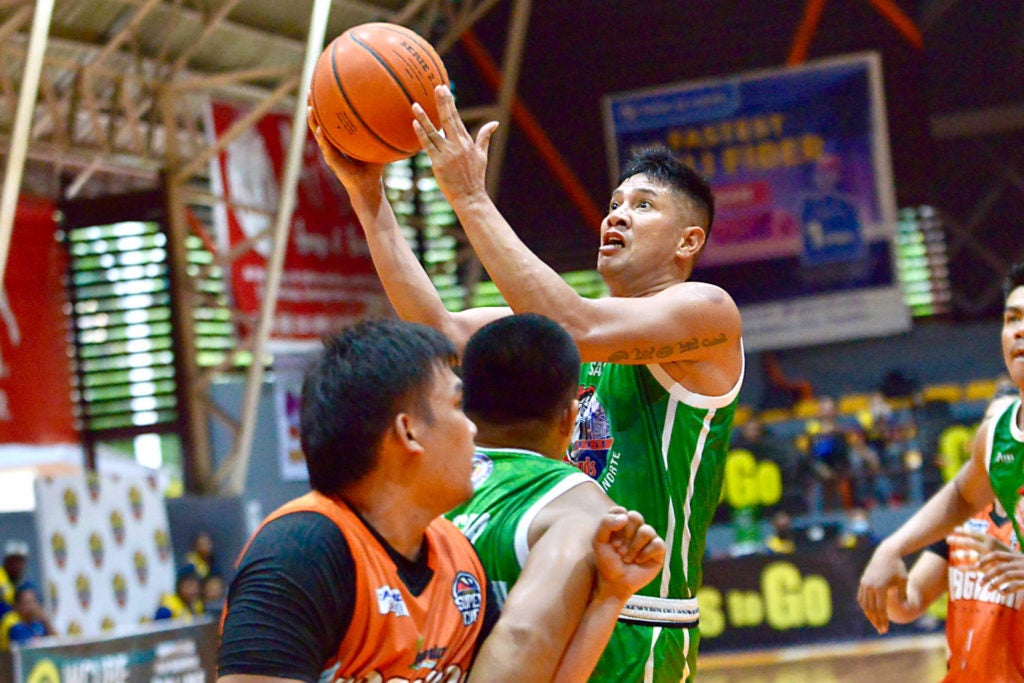 Roxas Vanguards Jhong Bondoc goes for a layup during game one of their best-of-three semifinals series versus Pagadian in the VisMin Super Cup Mindanao leg on Sunday, August 1. | VisMin Super Cup Photo

Jhong Bondoc led the Vanguards with 21 points to go with 5 assists, 5 rebounds, and 1 steal. James Castro stuffed the stat sheet with 19 points, 7 assists, 6 rebounds, and 2 steals.

Big man Lester Reyes had a huge double-double with 14 points and 15 rebounds for Roxas. He put the exclamation point with a one-handed dunk in the waning seconds of the game.

Rich Guinitaran had a game-high 22 points alongside 7 rebounds, but he had no help from other Pagadian cagers. Keanu Caballero flunked all his seven shots, finishing with just two points from the charity stripe. He also got 7 assists, 3 rebounds, and 1 steal.

The Vanguards look to close the series tomorrow at 6 p.m.