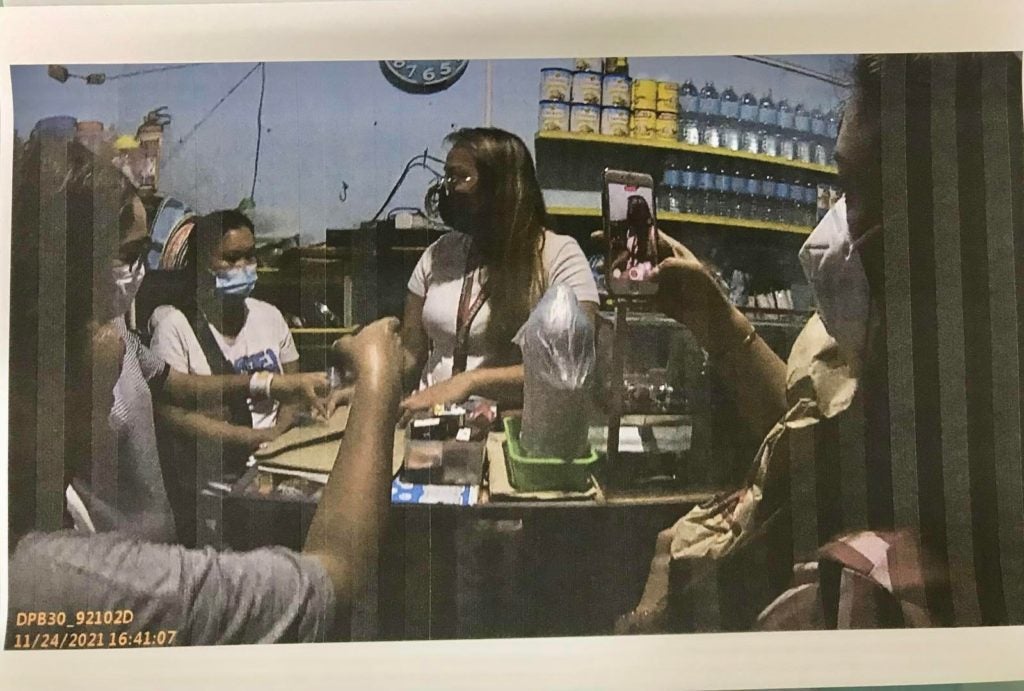 An employee of the Cebu City Hall assigned at the Market Operation Division of Carbon Freedom Park Market was arrested after operatives of the National Bureau of Investigation (NBI-7) conducted an entrapment operation on November 24, 2021, at the Freedom Park Market, Cebu City. | Photo courtesy of NBI-7

CEBU CITY, Philippines — A Cebu City hall employee accused of demanding P100,000 from some Carbon Public Market vendors affected in the modernization of the market has undergone inquest proceeding after she was arrested during an entrapment operation conducted by the operatives of the National Bureau of Investigation in Central Visayas (NBI-7) last Wednesday, November 24, 2021.

In a press release from the NBI-7, operatives identified the accused as Kara Marie Bargamento, 29, an Administrative Aide III, in-charge in the Market Operation Division of the Carbon Freedom Park Market.

Bargamento was arrested on Wednesday afternoon in a stall next to her office inside the market. She was caught ‘red-handed’ by undercover agents of the NBI-7 receiving marked money from a complainant vendor.

“The payment will secure them [vendors] a space in the soon to be opened interim market for vendors who wanted to relocate and it would also guarantee the availability of a space, promised to be in a prime location, inside the redeveloped and modernized Carbon Market,” a portion of the press release reads.

Accordingly, at least 50 vendors already transacted with Bargamento. This is according to the statement of the market supervisor Marigen Diano and Raquel Arce, head of the city Prevention, Restoration, Order, Beautification, and Enhancement (PROBE). These two both initiated their own investigation before the complaint reached NBI-7.

Bargamento, during that time, continued to facilitate the issuance of the Certificate of Award, which gives stall rights and the right of occupancy to the vendors in exchange for the said amount.

In support of the said allegation, the complainants provided a video clip wherein Bargamento was seen and heard demanding the payment from an interested vendor. Allegedly, as stated in the press release, the said clip showed a vendor who was negotiating with the accused to reduce the amount to P80,000 from P100,000 as the accused ‘adamantly’ declared.

After the surveillance and verification conducted by the NBI-7, they found out that Bargamento also used her office to ‘request, receive, and benefit from a transaction entered between her and the vendors of the Carbon Freedom Park market and Warwick Barracks Market.’

On the afternoon of November 24, Bargamento was arrested as operatives also confiscated numerous Certificates of Award. 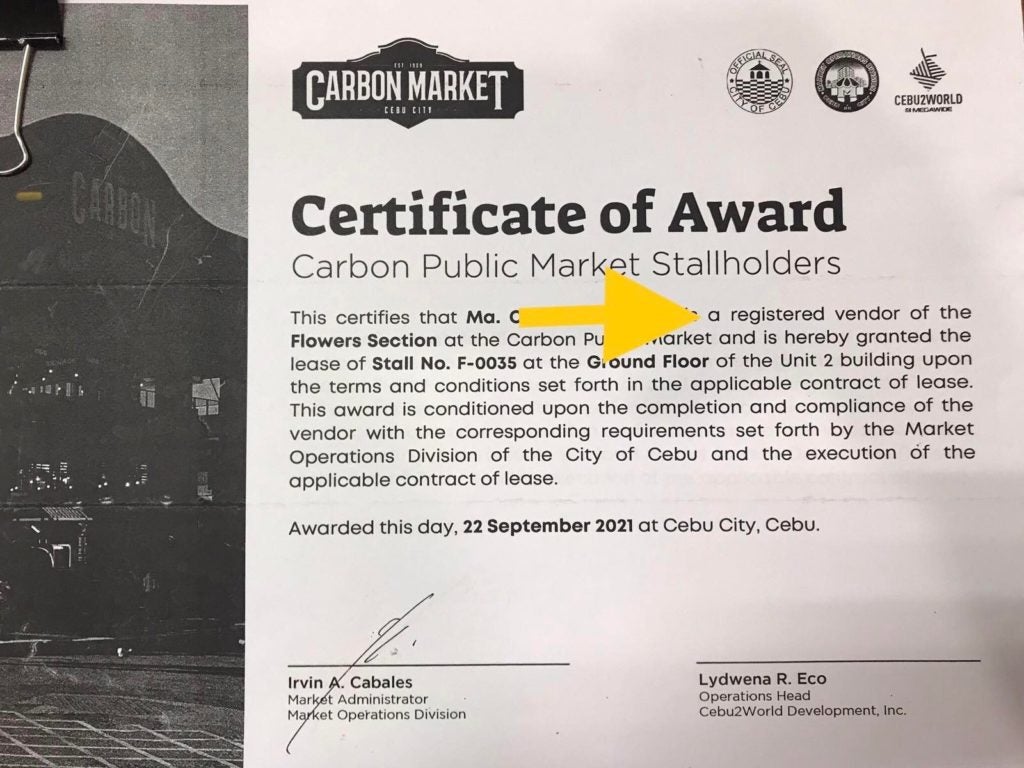 Certificate of Award | Photo from NBI-7

Bargamento was charged for violating section 3 (b) (c) of the Republic Act 3019 before the Cebu City Prosecutor’s office and has been subjected to inquest proceedings last Thursday, November 25.

As of this posting, Bargamento is currently detained at the NBI-7 holding facility.

Read Next
Lalamove delivers big surprises as it turns 5