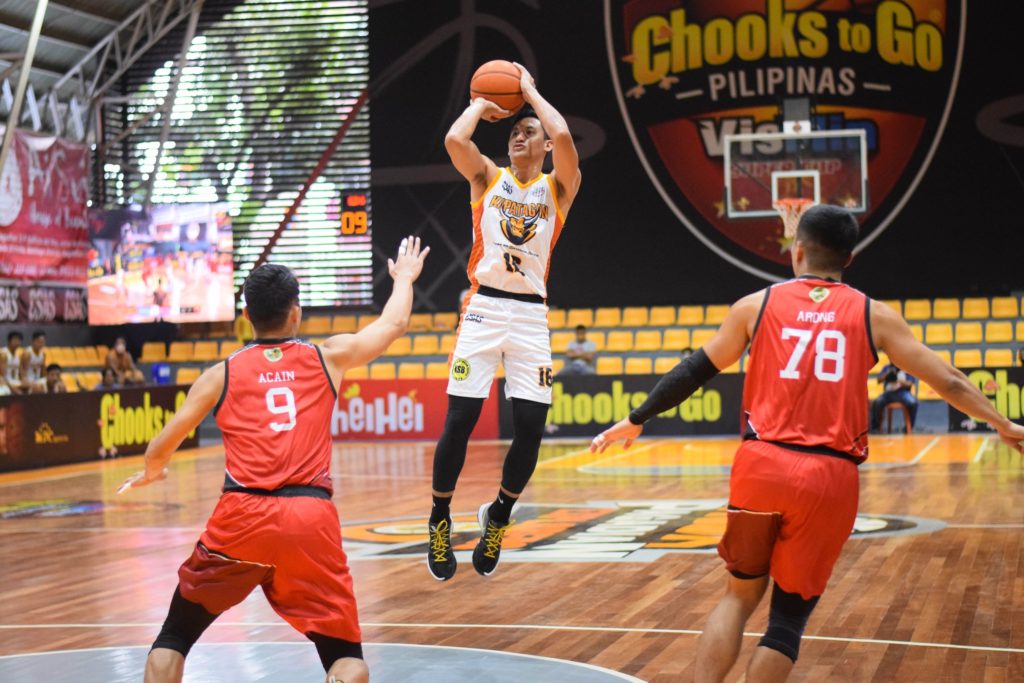 Jun Daanoy of Kapatagan pulls up a jumper in front of Zamboanga Sibugay defenders during their VisMin Super Cup game on Saturday, December 4, 2021 in Pagadian City. | Photo from the VisMin Super Cup Media Bureau.

Their victory improved their record to 5-3 (win-loss) to tie with the Roxas Vanguards at second place in the standings while the Warriors dropped to third with 5-4 (win-loss) slate.

Jeff Acain of Zamboanga Sibugay pulled his team within five with a layup but Jun Daanoy of Kapatagan answered him with a crucial three point shot to extend their lead to eight, 67-59.

In the ensuing play, Cebuano guard Shaq Imperial of the Warriors scored a coast-to-coast layup to pull his team to a 6-point deficit, 61-67.

However, Kapatagan clamped Zamboanga Sibugay with their very tough defense, forcing the latter to miss all their remaining shots down the stretch.

(They saw me and it seemed that the players found renewed strength. They fought with heart because they really wanted to be back.)

Daanoy led Kapatagan with 24 points, 11 of it were tallied in the fourth period along with six rebounds and two steals.

Another Cebuano, Monbert Arong who played his second game with Zamboanga Sibugay led the team in scoring with 11 points.

Michole Sorela and Imperial combined for 15 in their losing effort.

Read Next
Samantha Panlilio: ‘Going for the gold’