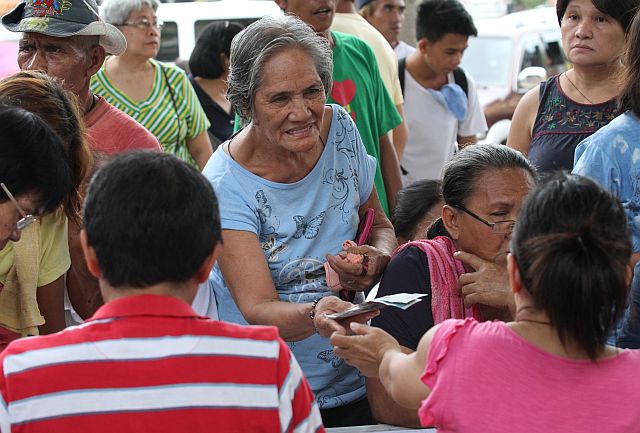 CEBU CITY, Philippines – Cebu City Mayor Michael Rama was urged to reconsider his decision to prioritize fully vaccinated senior citizens and persons with disabilities (PWDs) during the distribution of the city’s cash incentives.

Councilor Dave Tumulak made the call after Rama on Monday, December 6, announced that those who remain unvaccinated against COVID-19 will be the last to receive their share of the financial assistance.

Tumulak described the move as “discriminatory.”

“To clarify, I am not against compulsory vaccination, however, my stand is that it should be coursed through proper legal processes,” said Tumulak.

“In the absence of such, we should temper the regulations to consider the circumstances of our elderly and vulnerable sectors taking into consideration their doctor’s advice,” he added.

In turn, Tumulak recommended for the city government to intensify its information and education drive to encourage more elderlies and PWDs to get jabbed.

“For me, what is needed is to boost our information and education campaign. Down to the sitio (sub-village) level… This is why we’re asking the mayor to reconsider. Cause when you say unvaccinated seniors and PWDs will only receive their cash assistance after the rest, I think that’s a discriminatory statement,” he explained.

Rama declined to issue a statement on the matter when sought for comment.

“I will not be commenting on that,” Rama told reporters in a press conference.

The  Cebu City government is set to distribute the financial incentives to PWDs this December 11, and the senior citizens on December 18.

Based on data from the City Health Department (CHD), only around 41 percent of the city’s senior citizens have received the COVID-19 vaccines. The remaining 59 percent remain unvaccinated.

There are at least 100,000 senior citizens registered in Cebu City.