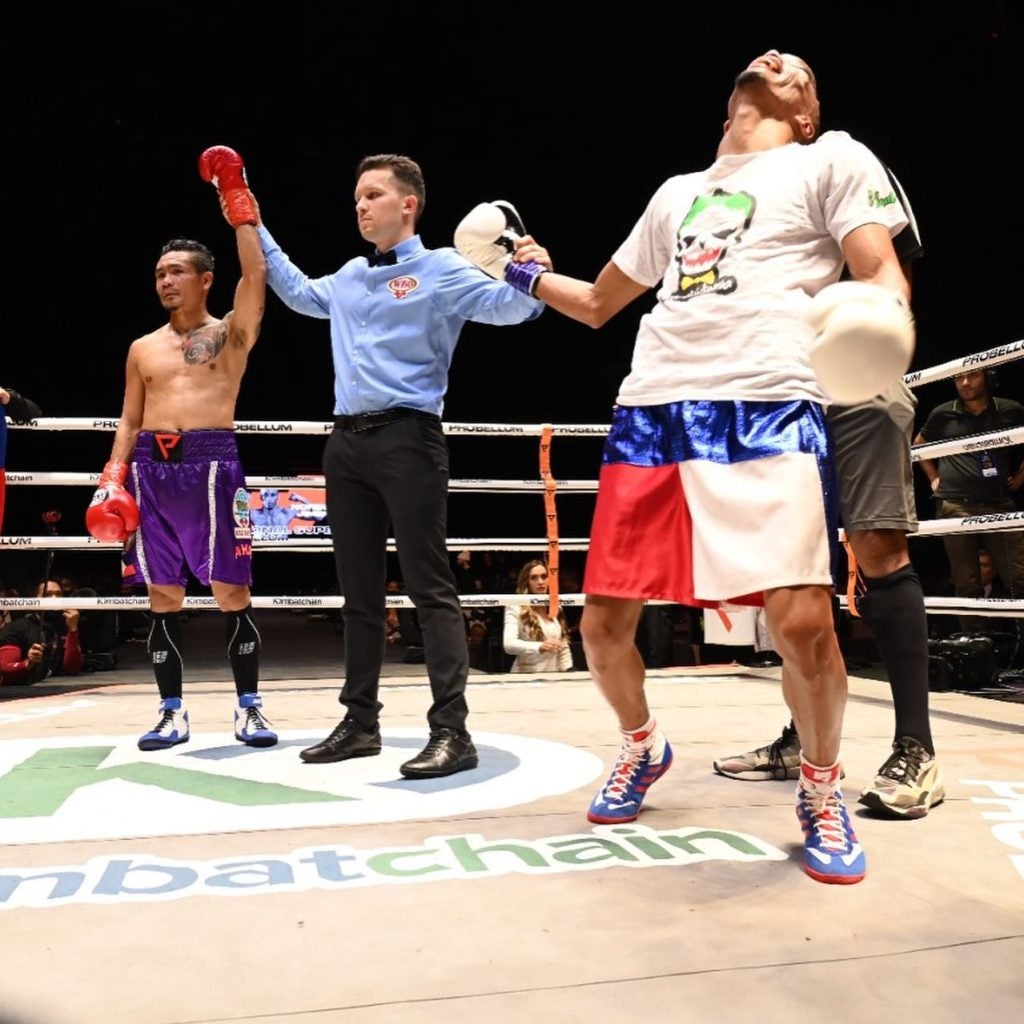 Norbelto Jimenez (in white shirt) reacts after the announcement of his fight versus Donnie Nietes in Dubai UAE. | Photo from Probellum

However, the bout became controversial when Jimenez and his corner cried foul after they were under the impression that the bout was scheduled for 12 rounds as a world title eliminator.

Jimenez and his camp weren’t informed that the bout was cut to ten rounds due to television air time. After the bout, an official of the fight card announced to everyone in Coca-Cola Arena that they’ve taken responsibility for the mistake for not informing Jimenez’s camp.

Nevertheless, the bout ended in a disappointing draw.

According the 39-year old Nietes, the longest-reigning Filipino boxing world champion and four-division world champion, he was supposed to be leading the score cards.

Despite the draw, Nietes still earned the praise of the largely Filipino audience at the Coca-Cola Arena for fighting a much younger opponent even at his age.

The 39-year old Nietes of Murcia, Negros Occidental said he is willing to have a rematch with Jimenez, but it depends on his promoter, Richard Schaefer of Probellum.

Meanwhile, Jimenez said that he felt that he won the bout.

“I feel like I won the fight. The fight was scheduled as 12 rounds, but they took down two rounds,” said the 30-year-old two-time world  title challenger.

There were instances that Jimenez slowed his pace down in the ninth and 10th rounds.

During the fight, Jimenez roughhoused Nietes by consequently locking the latter’s head. He also excessively pinned Nietes down.

Despite his antics, Nietes remained composed and started the first four rounds excellent by landing the cleaner shots and blocked most of Jimenez’s combinations.

Jimenez upped his pace in the fifth to eighth rounds by throwing more combinations. Nietes then retaliated aggressively in the ninth and 10th round and landed his combinations well.

Overall, their bout was more of a chess match, with both boxers banking on counter punches and occasionally waiting for each other to throw the first punch. / dcb