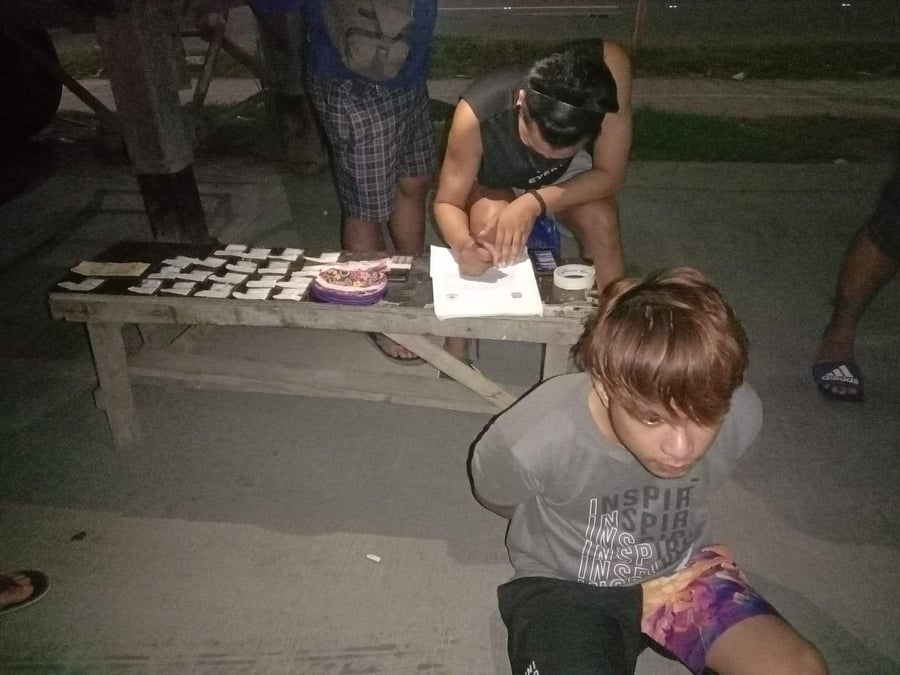 CEBU CITY, Philippines — Cedrick Macabalang, 19, travels about 50 kilometers from his home in Barangay Buwangan, Danao City in northern Cebu to deliver “shabu” to buyers in Talisay City in the south.

He has been doing this since January 2021, according to Police Lieutenant Colonel Randy Caballes, chief of the Talisay City Police Station.

But on Saturday night, December 11, Macabalang was arrested by the police in a buy-bust operation in Barangay Tangke.

Police recovered at least 100 grams of suspected shabu worth P680, 000 from his possession.

Caballes said that Macabalang, a High Value Individual (HVI), confessed to getting his supply from a man called “Muslim Tambok” who is now detained at the male dormitory of the Cebu City Jail.

Tips from concerned individuals led police to Macabalang who is able to dispose 100 to 300 grams of illegal drugs per week.  He would normally sell drugs to buyers in the neighboring cities of Cebu and Talisay and other parts of Cebu province.

Caballes said they placed the suspect under surveillance for one week before they planned the buy-bust operation.  He said that it was the first for Macabalang to be arrested and he did not have any pending cases.

Meanwhile, Caballes said they will continue to monitor the proliferation of illegal drugs in their city under his watch.

The police chief said they have so far made minimal arrest in the past days, an indication of the drop in drug cases in their city, but they will continue to go after drug suppliers especially those who come from other localities.

Also, Caballes said they will continue to involve the community in their anti-drugs campaign with the creation of barangay defenders.