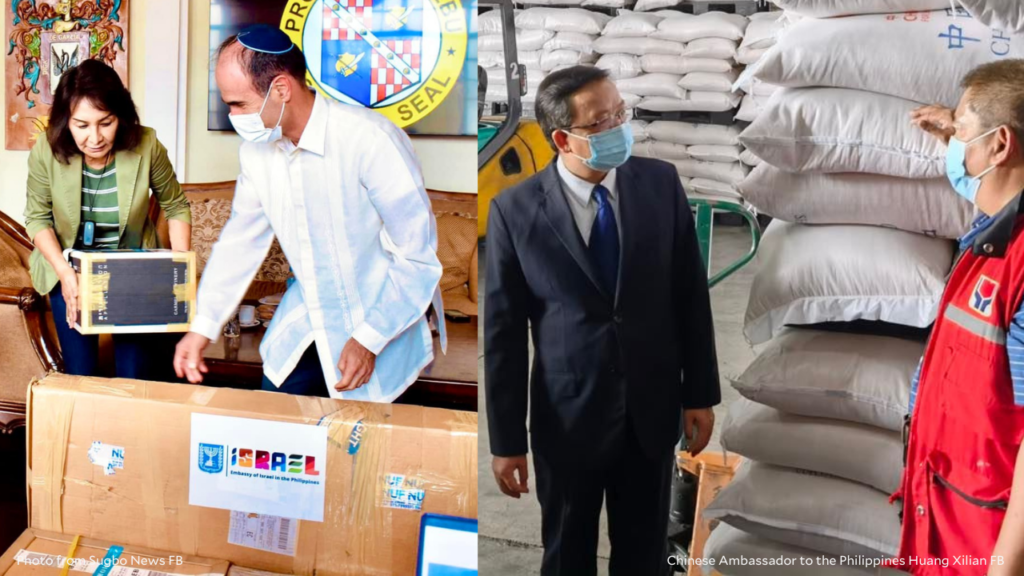 CEBU CITY, Philippines – Assistance from foreign governments have started to pour in Cebu.

The Israeli and Chinese governments have sent donations in kind to Cebu, which was severely affected by Typhoon Odette (international name: Rai).

The Embassy of Israel in Manila gave the Capitol at least four solar-powered generators and relief goods, the provincial government’s Sugbo News reported.

The solar-powered generators are worth a total of P222,400.

They also gave 378 sacks of rice to the Talisay City Government.

The Chinese government, through the Chinese Embassy in the Philippines, has sent approximately 5 million kilograms of donated rice for Odette-stricken areas in the country.

Of this number, 1.5 million kilograms are intended for Cebu and set for release at the Cebu International Port (CIP).

“The cash donation is the newest support rendered by the Chinese side after the 20,000 food packages worth around P8 million and the rice donation. The rice donation consists of the newest 4.725 million kg and remaining 400 thousand kilograms of the previous donation that is currently being distributed in Cebu,” Xilian said in a statement.

“President Xi (Jinping) extended to President (Rodrigo) Duterte his deep mourning for the victims and his sincere sympathy to the bereaved families and injured. He expressed that China stood ready to render assistance to the Philippine side to the best of its ability,” he added.

The entire Cebu is one of the island provinces in the Philippines badly hit by Odette.

Cebu is still under state of calamity.