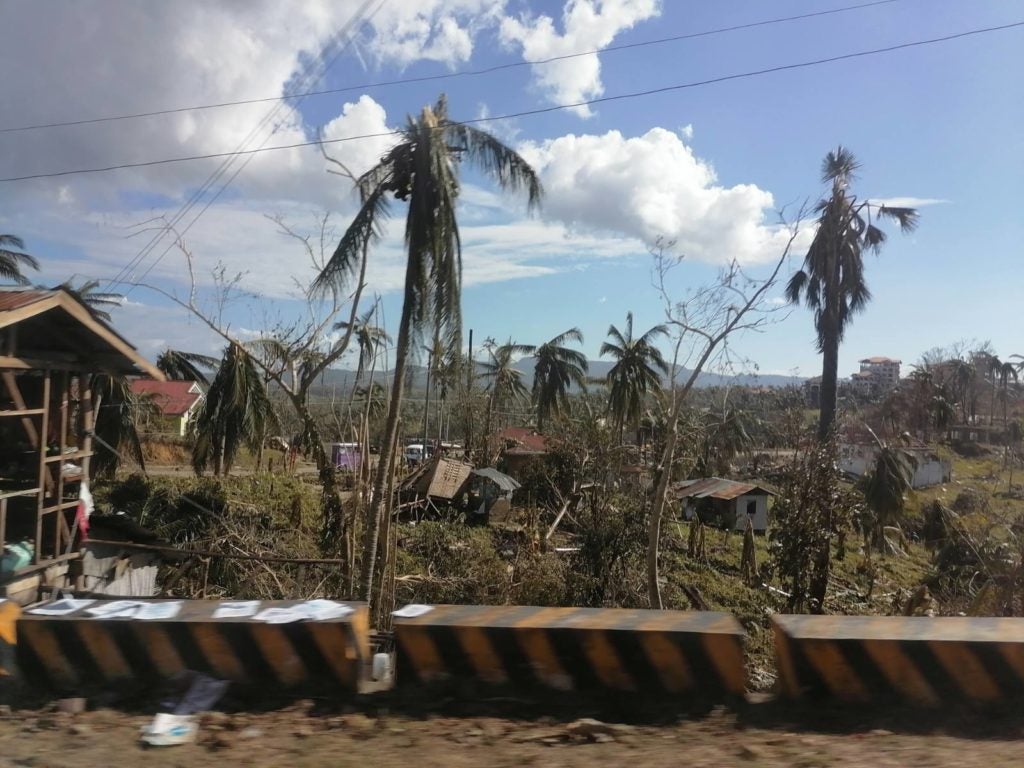 CEBU CITY, Philippines – The number of fatalities in the entire island of Cebu has reached 96, a week since Typhoon Odette (international name: Rai).

As of Thursday, December 23, 2021, data local reporters compiled from the Provincial Disaster Risk Reduction and Management Office (PDRRMO) and local government units (LGUs) showed that deaths due to the super typhoon is at 96.

Of this number, eight came from the town of Dalaguete and two from Carcar City. Odette made landfall in Carcar City on Thursday evening, December 16.

The towns of San Fernando, Oslob, Boljoon, Balamban, Ginatilan, and the cities of Danao and Toledo each reported one death due to the super typhoon’s onslaught.

Lapu-Lapu City also recorded one additional death. Their total fatalities, as of December 22, have reached nine. 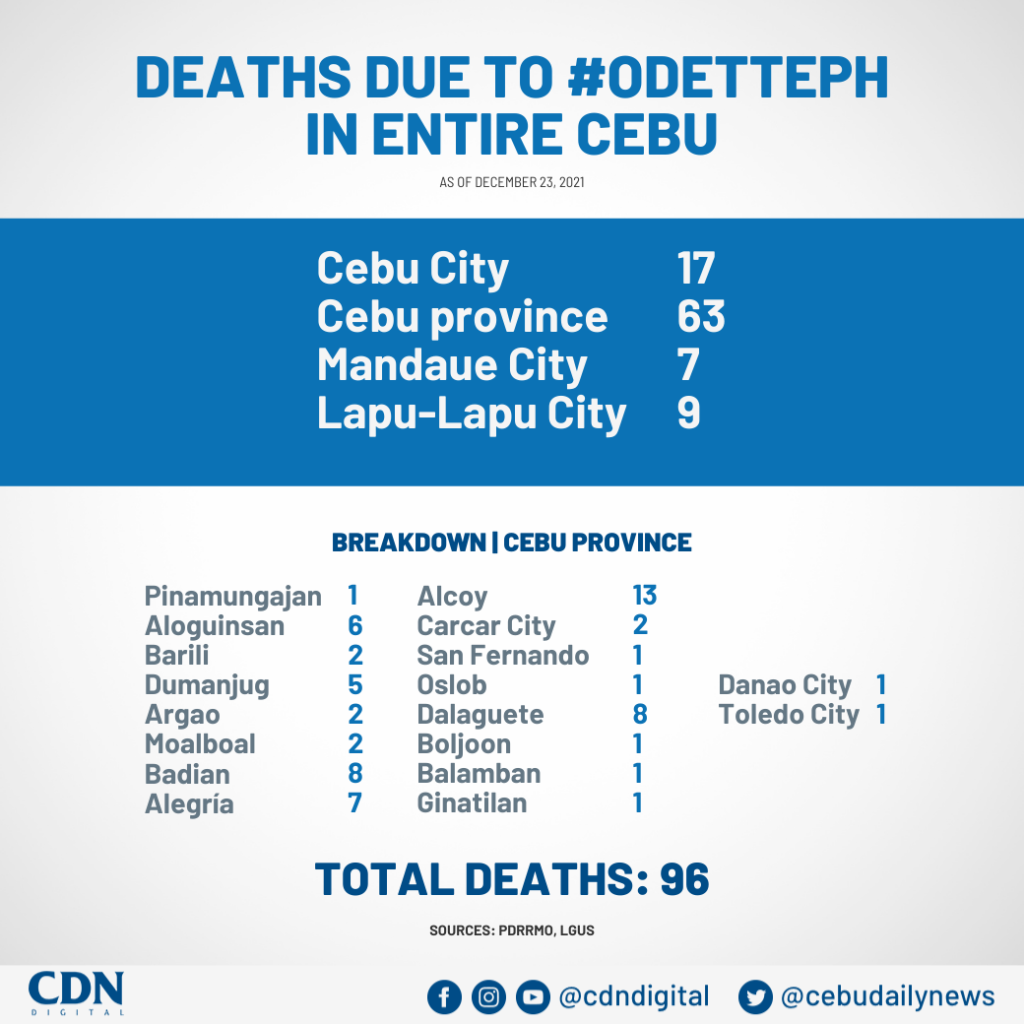 Odette barreled through Cebu island on the evening of December 16. Localities in the province’s 7th district bore the brunt of the typhoon.

The entire island province remains under state of calamity, with power, running water, and telecommunications still down in most areas.