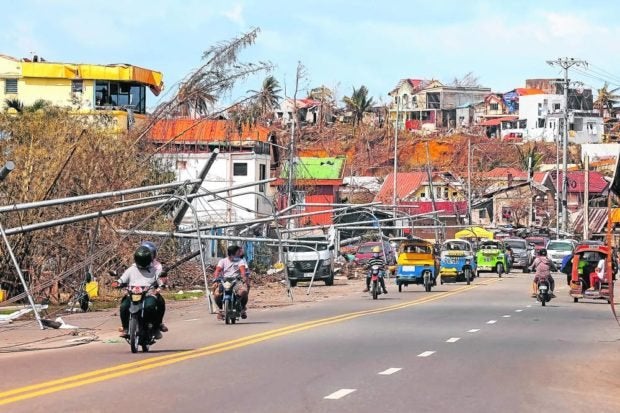 The Energy Regulatory Commission (ERC) has ordered power firms to refrain from disconnecting consumers until February to give them time to settle their unpaid bills, particularly in areas devastated by Typhoon “Odette” (international name: Rai).

As other agencies and private companies struggled to restore power and water to consumers in areas affected by the typhoon, the ERC issued a statement saying it had directed the National Grid Corp. of the Philippines (NGCP) as well as distribution utilities (DUs) in Visayas and Mindanao to give end-users time to recover from the calamity by suspending their disconnection policies.

The same order has been given to the Power Sector Assets and Liabilities Management Corp., generation companies and the Wholesale Electricity Spot Market.

Floresinda Digal, commissioner in charge of ERC, said the ERC would be formalizing this request within the week as a directive. Failure to comply will result in penalties, she added.

Agnes Devanadera, chair and CEO of ERC, also reminded both the NGCP and the DUs to fast-track the restoration of lines and power supply to their consumers.

As of Saturday, parts of northeastern Mindanao were still without power, but electricity cooperatives were busy repairing power lines in response to a plea from the Philippine Rural Electric Cooperatives Association (Philreca) to help restore power in Mindanao.

Linemen from the Northern Davao Electric Cooperative based in Tagum City were told to work in their area of assignment for 15 days starting Dec. 20.

According to Philreca, Task Force Kapatid sent 18 teams to Caraga. At least seven more electric cooperatives are expected to send in more teams in the days to come.

Read Next
Crisis brings out best in Cebuanos