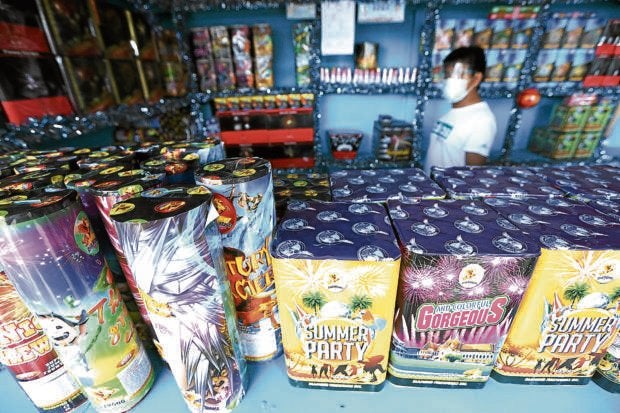 CEBU CITY, Philippines – As Cebu continues to recover from the devastation left by Typhoon Odette, the provincial government here has banned the use of pyrotechnics.

In her EO, Garcia stated that the entire island has “practically turned into a fire hazard” in the aftermath of Odette.

“During the present State of Calamity, there is an urgent need to prohibit the use of firecrackers, fireworks, and other pyrotechnic devices across the Province of Cebu in order to prevent unnecessary fires,” Garcia said.

“The lack of electricity and the scarcity of fuel constrained Cebuanos to store gasoline and diesel fuel in their homes, garages, and other storage facilities for the use of their generator sets and vehicles. The fallen trees and plants as well as the storage of gasoline and diesel fuel have practically turned the entire island of Cebu into a fire hazard,” she added.

As of December 26, there were no fire incidents recorded in the province.

However, in Metro Cebu, at least three erupted in packed, residential areas.

On December 24, dozens of houses were burned down in Sitio San Roque, Barangay. Mantuyong, Mandaue City. The cause of the fire is yet to be known.

Two fires also broke out in Cebu City. The first one displaced over 300 individuals from Sitio Mansanitas, Barangay Tisa.

Fire investigators in Cebu City are still investigating the cause of both fire incidents.

Both Mandaue and Cebu City have also banned the use of fireworks and firecrackers.

The Cebu City Disaster and Risk Reduction Management Office (CCDRRMO), for its part, urged residents to be careful when handling flammable materials.

“Cebu City has been experiencing a high amount of multiple fire incidents every day since the blackout of electricity due to Odette. Residents are urged to be careful when lighting candles inside their homes and check their generators from time to time. This is what is causing most fires in the city for the past days,” said Renzo Del Rosario, CCDRMO Data Management Chief, in a post on social media.