Chan clarifies: Use of firecrackers allowed in Lapu-Lapu 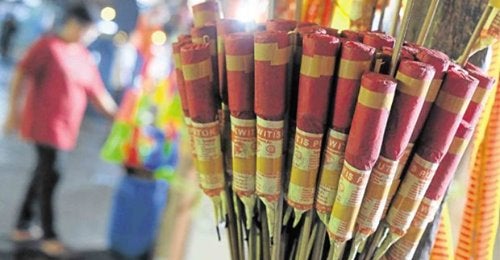 LAPU-LAPU CITY, Philippines — The Lapu-Lapu City government will allow the use of firecrackers during the celebration to celebrate the New Year.

Chan made the clarification after the Cebu Provincial government, Cebu City government, and Mandaue City government had earlier ordered a ban on the use and sale of any firecrackers in the upcoming celebration of New Year.

This is to prevent secondary disaster, such as fire, especially that there are still fallen trees and debris caused by typhoon Odette on streets, that might be ignited by firecrackers.

(We have a strategic area where we are allowed to use firecrackers. Then we already have an area for this. Then there will be someone who will always monitor and remind [firecracker users] and  we have already put in place precautionary measures for the area where they can use firecrackers.)

Chan has issued an Executive Order on December 6, 2021 identifying areas to hold fireworks display in the city.

These are at the Mactan Circumferential road passing through Barangays Babag, Canjulao, and Calawisan.

Retailers should secure a special permits issued by the Office of the mayor.

(The sellers or vendors are even required to have on the ready a barrel full of water.)

Chan said that they would also be coordinating withe Philippine National Police (PNP) and Bureau of Fire Protection (BFP) in monitoring firecracker retailers.

Barangay Babag in Lapu-Lapu City is the only barangay in the entire Cebu Province that is known to manufacture firecrackers.

Aside from that, the police will also be monitoring those, who would use firecrackers to usher in the New Year.

However, Chan said that residents would only be allowed to light firecrackers in firecracker zones in each barangay, which would be identified by the respective barangay officials themselves.

Chan said that those caught lighting firecrackers not in firecracker zones would be apprehended.

As New Year’s Eve nears, PNP to crack down on illegal firecrackers, fireworks