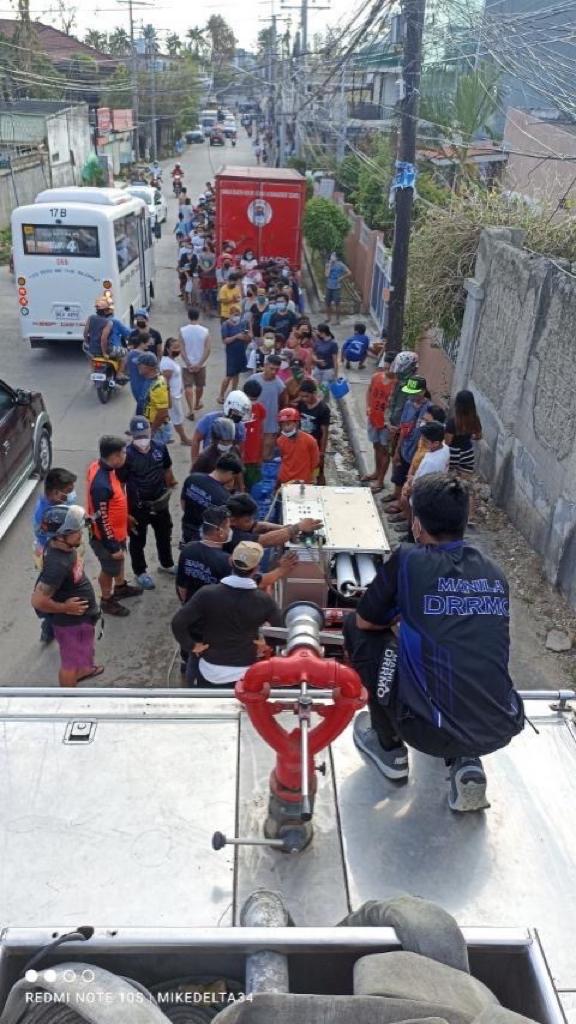 Of the 12 MDRRMO volunteers, six were already in the province before Christmas Day, according to a statement released on Sunday by Aksyon Demokratiko, which is fielding Manila Mayor Isko Moreno in the 2022 presidential race.

Moreno earlier thanked Manila City Hall employees and volunteers who helped in relief efforts and clearing operations in areas devastated by the typhoon.

The mayor was in Cebu City after the typhoon hit and saw for himself the devastation that the province suffered. Aside from the boxes of medicine and vitamins, Moreno also handed cash assistance worth P2 million to Cebu Gov. Gwen Garcia as well as to Cebu City Mayor Michael Rama.

Moreno then deployed a 16-man team from the MDRRMO to help in the clearing operations and provide drinking water using two water purification machines.

(They weren’t able to see their families in Manila. But they said they are happy that Cebu residents were appreciative of our small effort.)

The majority of the MDRRMO team members are volunteer firemen, who brought their own fire truck, which they then used to distribute water for bathing and laundry purposes.

The Manila City Council earlier allotted P2.5 million in assistance — P1 million for Cebu, and P500,000 each for the provinces of Bohol, Leyte, and Surigao del Norte.

Moreno also launched “Tulong ng Manilenyo sa mga Nasalanta ni Odette” donation drive and appealed to Manila residents and business groups to pitch in as a way of helping communities in the southern and central Philippines devastated by the super typhoon.

The typhoon also affected 1.1 million families or 4.4 million individuals in 6,526 villages, and displaced 500,626 persons during its onslaught, according to NDRRMC. The typhoon also left P28 million worth of damage to houses and P16 billion to infrastructure.