CEBU CITY, Philippines— The Cebu City policemen are urging the public to report to their office individuals or groups who ask for money in exchange for restoring power in their respective areas.

Police Lieutenant Colonel Wilbert Parilla, deputy director for operations of the Cebu City Police Office (CCPO), made this statement on Tuesday, January 4, 2021, after Visayan Electric announced that they do not collect fees for energization or repair of collapsed electric posts. 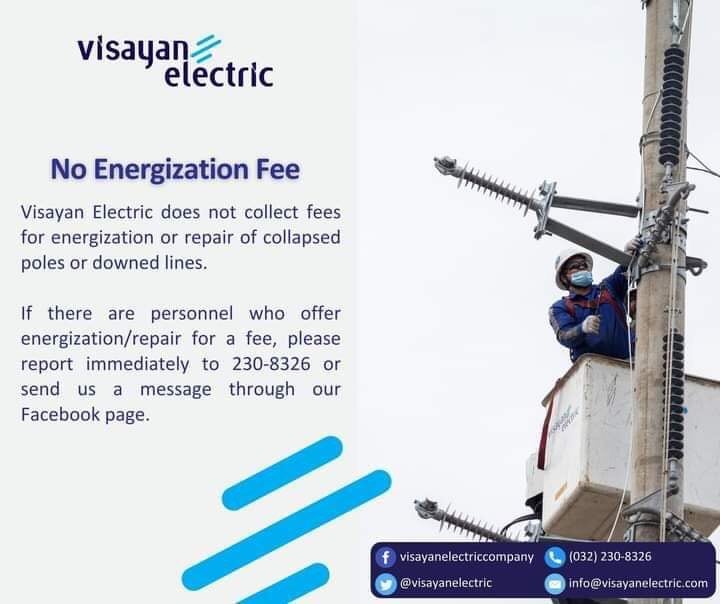 Parilla, however, admitted that they have yet to receive reports of such an extortion scheme. Parilla added that he has already instructed his men to monitor any such activity as he also urged the public to report to the nearest police station those involved.

Parilla added that if they receive complaints regarding this extortion activity, they will promptly coordinate with Visayan Electric, who will act as the official complainant against the extortionists.

As of 12 noon on Tuesday, January 4, Visayan Electric was able to energize 159,737 out of the 474,182 affected customers within its franchise area.

The energized areas are from the cities of Cebu, Mandaue, Talisay, and the municipality of San Fernando.     /rcg