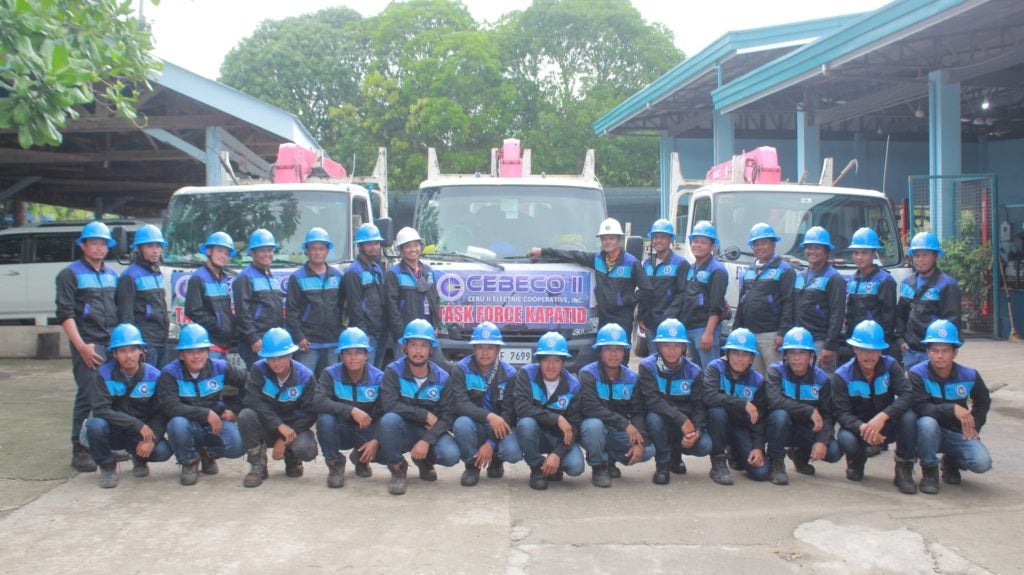 In turn, the province’s power distributor has sent at least 20 of their linemen to help their sister firm, Cebeco III, in re-energizing its jurisdiction.

Based on the latest situation report by Cebeco II, power has been restored in 95 percent of their franchise area as of 12 noon on January 4. This translates to a total of 160,425 out of 168,974 households in their jurisdiction that have already been reenergized.

Rehabilitation works are still ongoing in parts of Danao City, Compostela, and Catmon, all of which incurred significant damages in infrastructure due to Typhoon Odette (international name: Rai).

Of this number, 10 are from Compostela, 18 from Danao City, and one from Catmon, according to the same report from the energy distributor.

They are targeting full restoration within its franchise area by January 12.

Meanwhile, Cebeco II also deployed some of its linemen to Cebeco III to help the latter expedite its re-energization efforts.

Most parts of northern Cebu were spared by Odette’s wrath. /rcg

Capitol to give P5k incentives to linemen, police

Read Next
Obiena: ‘I do not jump for PATAFA.  I jump for my beloved nation’