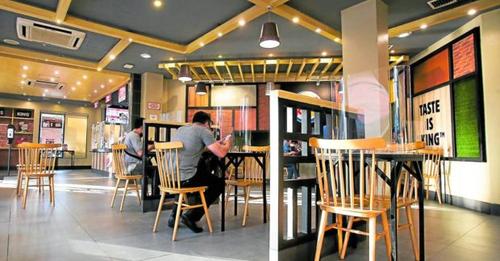 MANILA, Philippines — Instead of face shields and plexiglass barriers, the Philippines should rely more on protective masks and proper ventilation, and even going outdoors, a leading American aerosol scientist said.

Prof. Jose-Luis Jimenez of the University of Colorado-Boulder said the government should buy more N95 masks for the country’s health care and other essential workers as well as people coping with a weak immune system.

Medical workers should also wear laboratory goggles to suppress air filled with virus from getting close to the eyes, rather than plastic face shields, which Jimenez described as a “waste of money, time and attention [that] create[s] basically plastic pollution.”

“Now that we know that the virus is airborne and that it can infect through the eyes, [a face shield] is actually not sufficient because the air, like a smoke on the aerosols, can flow under the face shields,” he said in an email to the Inquirer.

Jimenez is a professor at the university’s Department of Chemistry & Biochemistry (Analytical, Environmental and Atmospheric Chemistry Division), and a fellow of the Cooperative Institute for Research in the Environmental Sciences.

The government has made face shields voluntary but may consider their required use amid the surge in coronavirus cases being attributed to the spread of the Omicron variant.

“So, in summary, the face shields are not useful at all,” Jimenez said, as he called for the distribution of more N95 masks to people who cannot afford them.

He said these masks can be worn for about 40 hours, which would not require constant changing.

“The government could also consider setting up a domestic manufacturing capability for N95 masks, so that the supply is available for later COVID[-19] waves [or] the next pandemic,” said Jimenez, whose areas of expertise include aerosols, atmospheric chemistry, aircraft studies, instrument development, mathematical modeling, and disease transmission.

The Spanish-American chemist drew the attention of Filipino netizens after he included the Philippines in a tweet on what he described as the “world hall of shame” — countries that he said have bad practices in managing the pandemic.

Jimenez had pointed out, for example, the use of motorcycle barriers which the government approved but later dropped, and also the installation of plexiglass barriers in classrooms and offices which, he said, “should be removed because they increase the transmission.”

“I don’t think those [motorcycle] shields really do anything and… frankly, they are pretty ridiculous,” he said in his email.

Lately he noted how hospital ventilation in the country is “not known to be quite good.”

He provoked criticism from a medical adviser to the government, former Health Undersecretary Teodoro Herbosa, who said on Sunday that Jimenez had “no expertise on disease epidemiology and pathogenesis.”

But Jimenez stood by his recommendations to avoid or lessen the circulation of the coronavirus.

He said taxi drivers should consider opening their windows to prevent any infection between them and their passengers.

He also suggested that encouraging people to go outside would help prevent transmission indoors, especially in enclosed spaces.

Read Next
US man recovering after ‘breakthrough’ pig-heart transplant