Homage to the Acacia trees 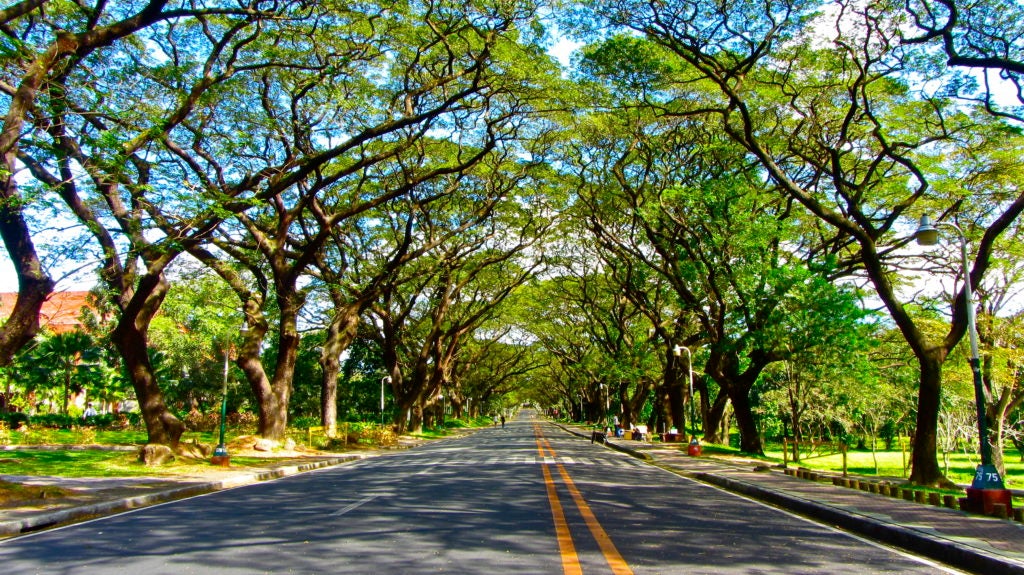 The acacia trees of the academic oval are silent witnesses to the travails of the denizens of the Diliman campus of the University of the Philippines.

As a homage to my second home for a decade, I run 10 kilometers (five rounds of the 2.2 kilometer loop) as I end my golden year last December.

Ten kilometers symbolize 10 years, or one fifth of my 50 years of existence, as one of the Iskolars ng Bayan. Canopied by over a hundred old, sturdy Acacia trees, the Diliman academic oval is a pollution-free haven not just for runners, but also bikers.

A favorite photo backdrop is the scenic view of the way the branches of the trees from the left side of the street meet with those from the right side, forming some kind of archway.

Most of the trees are as old as the campus itself that offer much needed shade and bring in a relieving breeze even in the scorching heat.

The UP website noted that the Acacias were the first trees planted after the transfer of UP to Diliman in the late 1940s.

The hard adobe grounds had to be blasted to allow them to take root.

Since then, they have spoken eloquently of UP Diliman’s fast and robust growth. Now larger-than-life, acacias hold sway at the academic center, providing shade where there was once only grassland.

Like UP and the country’s colonial past, the UP website added they are also “dominant and lingering, roots long and winding, beautiful and scary at the same time; and as an exotic species, forever imposed, a stranger to the land”.

A UP alumna once wrote: “The way the branches completely extend out from the tree’s trunk, like arms stretching out from the body, portrays how the students are pushed to their limits, especially academically. Yet despite that, the Acacia trees and the students alike, remain standing strong amidst all of that expanding, growing even more used to it as the years go by.”

Before the pandemic, the oval is divided into three lanes—with the outermost part dedicated to motorists and the innermost for joggers and bikers. Motorists are now prohibited to traverse major portions of the oval.

The loop has seen many events including rallies, UP Fair and lantern parades.

I was born in the same period when the First Quarter Storm (FQS) was associated with anti-Martial Law protests, mostly led by UP students and faculty, the same academe where I later spent a decade of my student life.

I was barely two months old when the nine-day uprising called “Diliman Commune” from February 1-9, 1971 became an evidence of UP’s role as the “bastion of activism” since the early days of the Marcos dictatorship.

It was also in UP that I became  roommates with Buddy Zabala and Raymund Marasigan of Eraserheads for two years (1989 to 1991) at the Molave dorm.

Because the band members often used our room to play their instruments and practice, I often ended up going out to study somewhere else as I  could not take the “noise.” As a supportive roommate, I watched them perform during the annual UP Fair at the Sunken Garden at a time they were just starting to make waves inside the campus.

It was beyond my comprehension that the ‘noise’ that I tried to avoid made them known as one of the most successful, critically acclaimed, and significant bands in OPM history, earning them the accolade, ‘The Beatles of the Philippines.

The oval is also home to the annual Lantern Parade which was inspired by the folk practice of carrying lanterns of various shapes and sizes to light the way to the early morning December masses or misa de gallo during the Spanish period.

After engaging in graphs, formulas and laws of supply and demand as an Economics major, I crossed the street to pursue my law degree.

Traversing the path of legal education  was hard to the exponential power.

As a reporter for a major news outfit, I would do my coverage starting at 9:00 a.m. until 4:00 p.m. then rush to UP for my evening classes. I would read my cases while inside the bus from Diliman to Las Piñas under the strongest light source.

“Serve the people. Do not betray your humanity” says my professor and Supreme Court Associate Justice Marvic Leonen.

Sharing 10 years  inside the university with friends  makes one cherish the concept of academic freedom.

All educational institutions, including UP, must be maintained as safe havens for civilized and intelligent discourse of all beliefs and forms of democratic expression, where students and teachers can discuss freely without fear of censorship or retaliation.

The acacia trees will continue to be witnesses to UP’s existence as an institution with a critical eye on social and historical issues.

(Peyups is the monicker of University of the Philippines. Atty. Dennis R. Gorecho heads the seafarers’ division of the Sapalo Velez Bundang Bulilan law offices. For comments, email [email protected], or call 09175025808 or 09088665786)