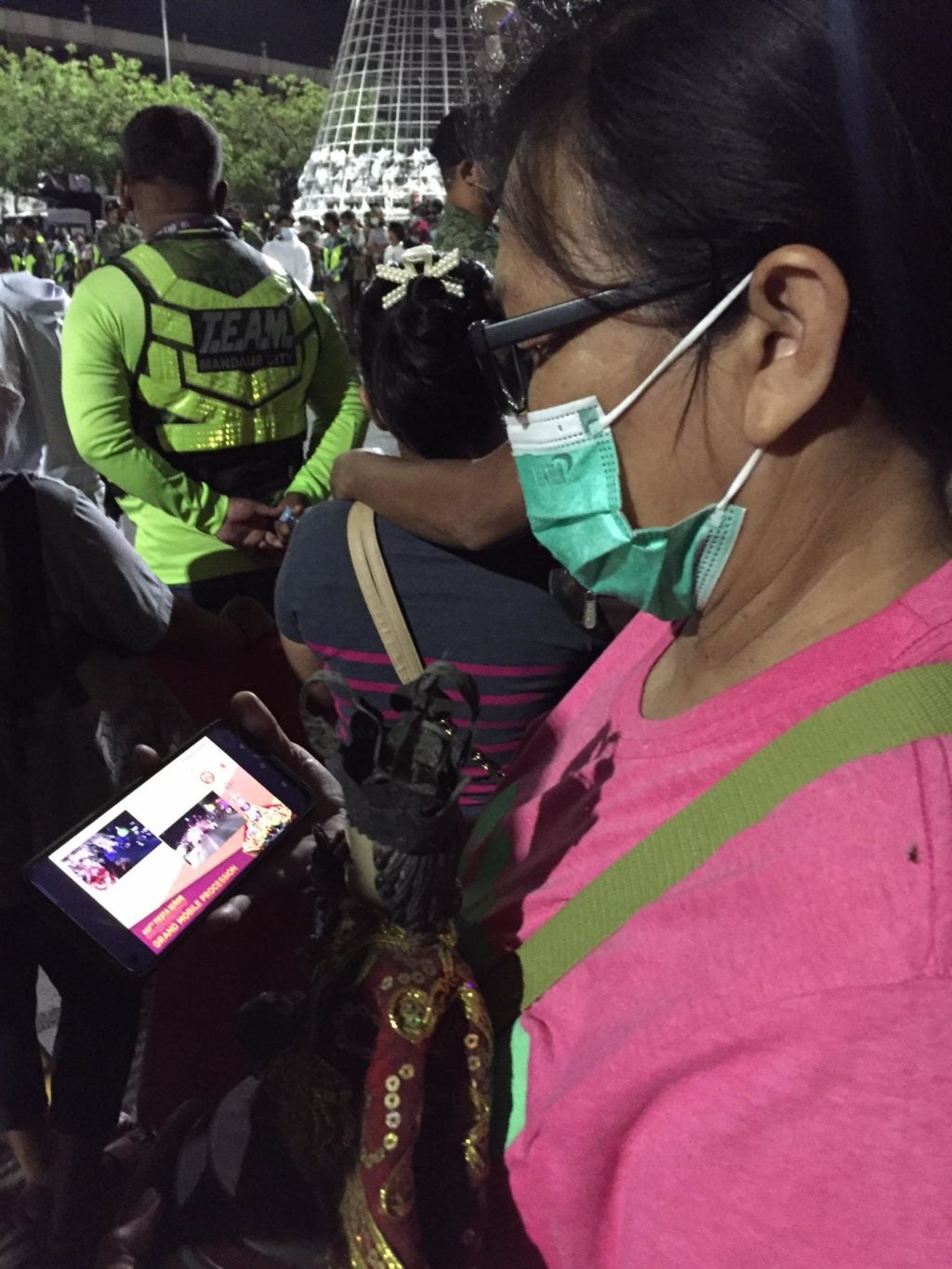 MANDAUE CITY, Cebu—Bhebie del Castillo,  54, occupied the sidewalk near the National Shrine of St. Joseph in Mandaue City as she waited for the arrival of the Señor Sto. Niño.

She carried with her an image of the Holy Child on her left arm and a cellphone on her right hand.

She was watching live feeds from the Basilica’s coverage of the grand procession.

Del Castillo, a vendor, said her image has brought her good luck.

She got this from a man who approached her while she was selling about two years ago.

The man sold the image that was then “smelly” and whose clothes was stained with crude for P100.

Because of the pandemic, it was only last year that she managed to bring her image to the Basilica for a change of clothing.

Read Next
Amid adversity, devotees told to shout: Pit Senyor!