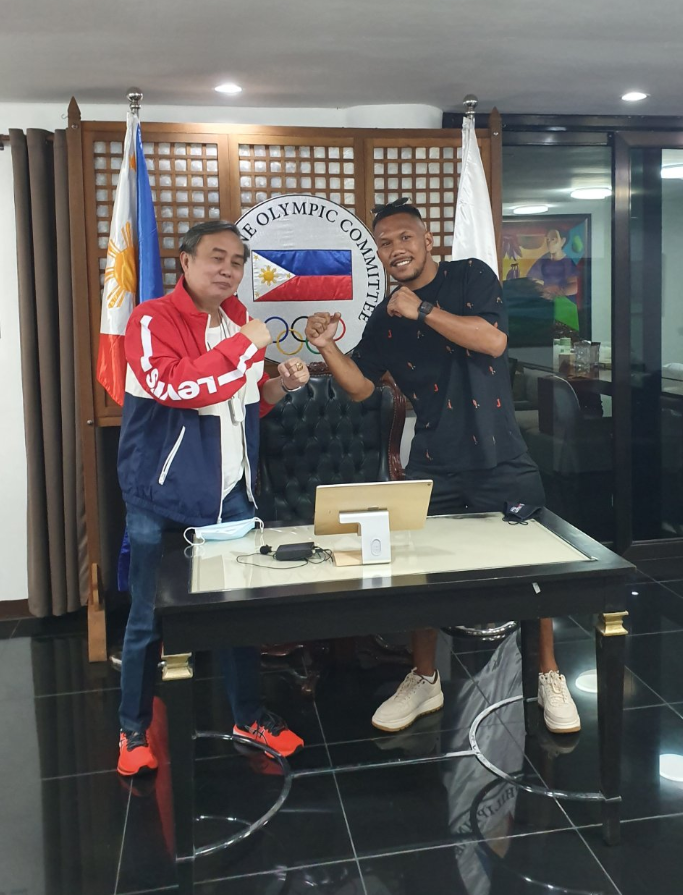 CEBU CITY, Philippines — Olympic bronze medalist in boxing, Eumir Marcial, is scheduled to fly to the United States on Monday, January 17, to resume his professional boxing career and also to train for the upcoming national team stints this year.

The 26-year-old Zamboanga City native debuted in the pro boxing scene in 2020. He defeated American Andrew Whitfield via unanimous decision in their four-rounder middleweight bout in Los Angeles.

Marcial will likely train at the Wild Card Gym in Los Angeles where he spent most of his training camp ahead of last year’s Tokyo Olympics where he bagged the bronze medal.

In a Facebook post on Monday, Marcial said that he had his last day of training here in the country before flying to the US.

“Buenas dias! Last day of training here in the Philippines before I fly to the United States to prepare for my upcoming fight. Let’s get back to business. Salamat sa supporta mga idol. Keep posted,” Marcial said on his Facebook post.

It would be possible that Marcial will have a tune-up bout in the professional boxing scene before he campaigns for the country in the 31st Southeast Asian Games (SEAG) in May in Hanoi, Vietnam.

He is also set to vie in the 2022 Asian Games in September in Hangzhou, China.

Before his flight to the US, Marcial also paid a courtesy visit to Philippine Olympic Committee President Rep. Abraham “Bambol” Tolentino in Tagaytay City.

Marcial has a newly-constructed house in Tagaytay City, which he earned as a bronze medalist in the Olympics along with weightlifting gold medalist Hidilyn Diaz, silver medalists Carlo Paalam and Nesthy Petecio.

He also got married in October with long-time girlfriend Jenniel Galarpe.

He bagged the bronze medal in the Olympics after reaching the semifinals of the men’s middleweight division. However, he was defeated by Ukranian Oleksandr Khyzhniak via split decision.

Read Next
PH delegation for Winter Olympics to get P3.3M aid from PSC