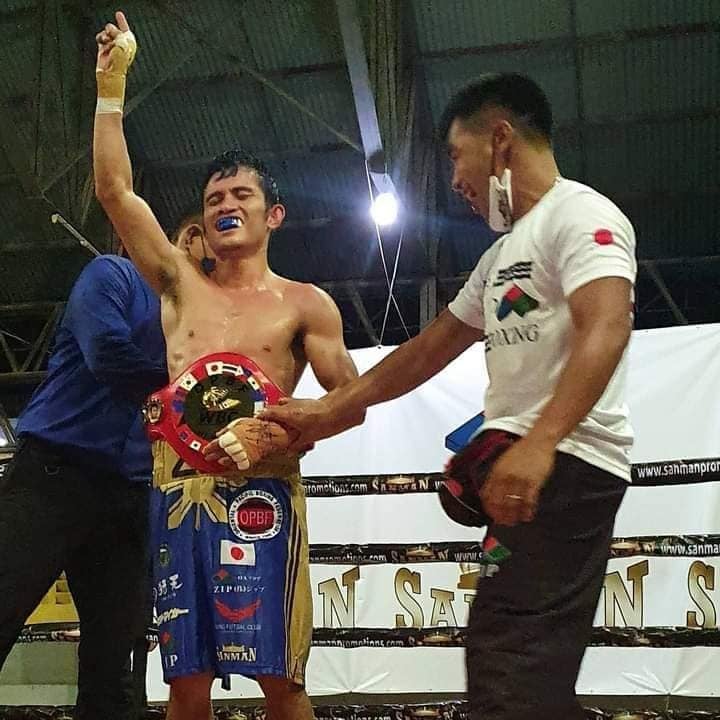 This as the 27-year old pride of Manolo Fortich, Bukidnon has been ranked the No. 1 contender in the World Boxing Organization (WBO) minimumweight division.

His first world title bout came up short in 2017 against Wenhang Menayothin of Thailand for the WBC world minimumweight title. Jerusalem lost via unanimous decision.

However, Jerusalem, now fighting under Zip Sanman Boxing Gym, said that he already learned his lessons from that loss.

After losing to Menayothin, Jerusalem suffered another defeat in the hands of fellow Filipino Joey Canoy.

Instead of giving up, Jerusalem built back his confidence and went on a six-fight winning streak since 2017 and won the Oriental Pacific Boxing Federation (OPBF) minimumweight title by defeating Toto Landero in their rematch last July.

If that happens, he might get a rematch against Menayothin, this time for a world title eliminator. If he beats Menayothin, he earns a world title shot against WBC world minimumweight champion Panya Pradabsri of Thailand.

On the other hand, Jerusalem could land a world title shot versus WBO world minimumweight champion Masataka Taniguchi of Japan since he is the top contender in the WBO minimumweight division.

Also, he may get to fight the winner between the reigning IBF world minimumweight champion Rene Cuarto and Pedro Taduran who are scheduled for a rematch next month.

READ: Jerusalem is GAB’s ‘Boxer of the Month’

Read Next
Fernandez: Rise in COVID cases may push back resumption of reg’l, national sports meets