CEBU CITY, Philippines— Police officers took an oath to serve the community. But this policewoman, who is now assigned in Santander, Cebu, did more than just that.

When she arrived in the area shortly after 2 p.m., fire had already engulfed the second floor of the beach house at Kingdom Resort. The lady cop from San Remegio town in northern Cebu asked the caretakers of the resort if everyone had made it out.  She was told that Deabak was trapped inside.

Saludar said she saw Daebak, who was shaking in fear, hide under the kitchen table located on the ground floor of the two-storey structure.

“He looked very scared and was already panting when I saw him,” she said.

Wanting to save the dog, Saludar, who came from a family of dog lovers, immediately went into the burning structure.

Luckily, the two made it out unharmed. 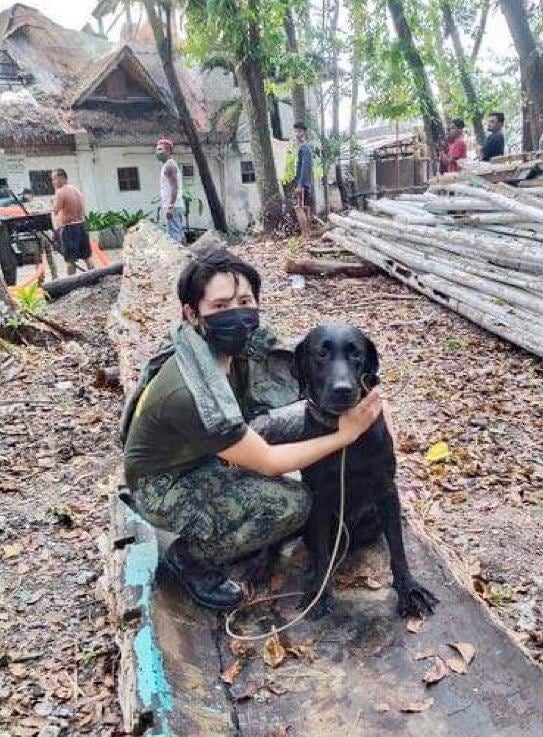 Deabak belonged to resort owners Sim Sunbo and Han Eun Kyeung.  The Korean nationals were in Dumaguete City when the fire, that was said to have started from their second floor bedroom, broke.

Resort caretakers said that the couple also had two small dogs, a poodle and a shih tzu, that were kept inside their bedroom.  But they managed to immediate free the dogs when they noticed smoke coming from their employers room.

Deabak, on the other hand, sleeps on the ground.

Caretakers said the dog already went out of the house but he suddenly went back inside.

Responding firemen helped Saludar by making sure that her clothes were wet so she would not easily catch fire.

Although worried of falling debris, Saludar said, she was determined to save Deabak.

When they were already outside, Saludar said, she gave the dog water to drink and wet his fur to bring down his body temperature.

Because of her good deed, netizens are giving Saludar the respect and salute that she truly deserves.

Here are some of their comments: 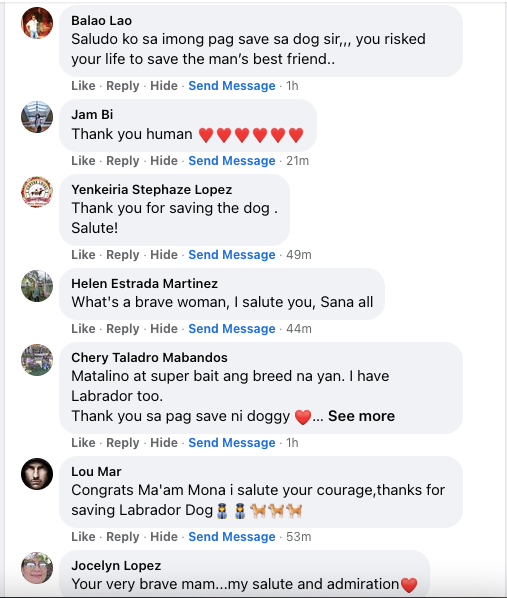 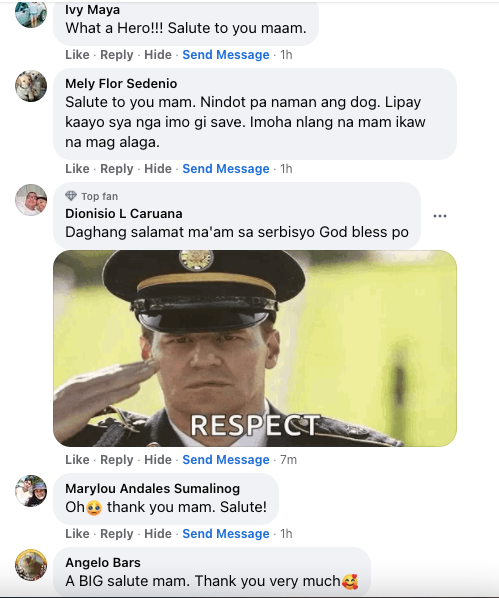 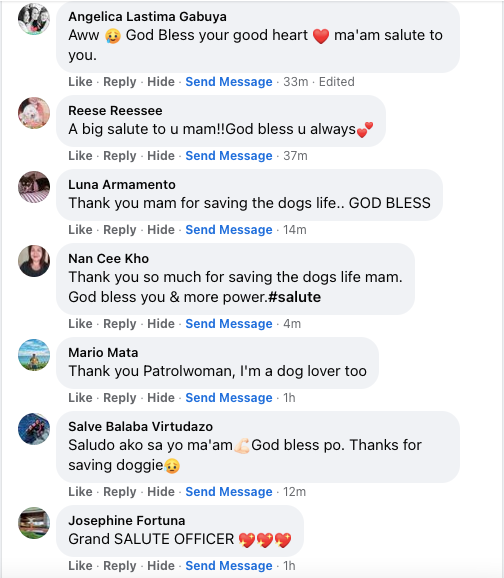 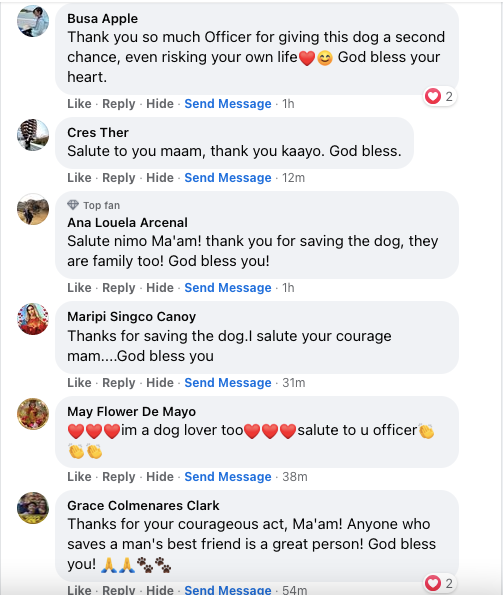