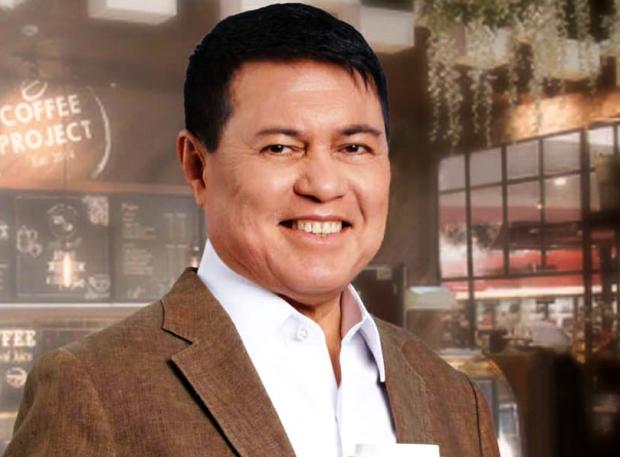 MANILA, Philippines — President Rodrigo Duterte once told Manuel Villar Jr. he would back the campaign supporter, billionaire, and former senator if he ran a second time for president.

Villar, the head of a powerful political and business clan, is not seeking any post in the 2022 presidential elections but through a Malacañang-supported move, he would nevertheless gain a new title, that of media tycoon.

Villar-linked Advanced Media Broadcasting System Inc., whose 25-year franchise extension was approved in 2019, is taking over the television broadcast frequencies previously held by Lopez-led ABS-CBN Corp., according to documents from the National Telecommunications Commission (NTC) that were seen by the Inquirer.

The frequencies were recalled from ABS-CBN after Duterte and his allies in Congress allowed the company’s franchise to expire in 2020 in a move that was decried as politically motivated.

The Inquirer received the documents on Tuesday morning and made multiple requests for comment to the NTC, whose officials have yet to reply.

Based on the NTC documents, Advanced Media was given a “test broadcast” permit to use the coveted Channel 2 spectrum last January 6 and provisional authority to use digital TV frequencies in Metro Manila and Mega Manila on Channel 16.

This effectively gives the Villar group control over the frequencies, a scarce public asset, while blocking future attempts by ABS-CBN to regain use of the spectrum.

It was unclear how the NTC vetted Advanced Media’s capacity to run a TV network. Before awarding the frequencies, it also did not hold the traditional public selection process or “beauty contest”.

The last time radio frequencies were awarded was during the rigorous 2018 bidding for the third telco license—which was bagged by Dito Telecommunity, a venture between Duterte campaign donor and business tycoon Dennis A. Uy and China Telecom.

The documents also showed Malacañang’s support for the move.

The NTC said the 18-month provisional authority to Advanced Media was reviewed by the Department of Justice and Office of the Executive Secretary, which issued a “no objection” on the assignment of the vacated and available frequencies last December 29.

Moreover, the NTC said the test broadcast permit will be effective until the final shut off of analog TV, which was earlier set in 2023.

Industry player Felipe Gozon, GMA Network Inc. chair and CEO, previously shared his views that the deadline would be extended anew due to the Philippines’ low adoption of digital TV.

This would also extend Advance Media’s hold over the Channel 2 frequencies.

Democracy.Net.Ph co-founder Pierre Galla said the issuance of a temporary permit can be subject to “misuse.”

“One method of misuse is if a permit is granted whose nature is indefinite and not short in duration,” he said.

It is an anti-competitive behavior designed “to prevent any other entity [from using] the frequencies covered by the permit,” Galla told the Inquirer.

According to Forbes Magazine, Villar is the county’s richest individual with a fortune worth $7.2 billion. He owns property giant Vista Land & Lifescapes Inc., broadband company Streamtech apart from water and infrastructure assets.

In September last year, the House of Representatives approved the sale and transfer of control of Advanced Media to Villar-owned Planet Cable Inc.

In latest financial statement to the Securities and Exchange Commission, Advanced Media reported an 80 percent decline in 2020 revenues to P3.1 million while losses widened to P3.1 million from P1.82 million in 2019. It had total assets of P35.7 million.