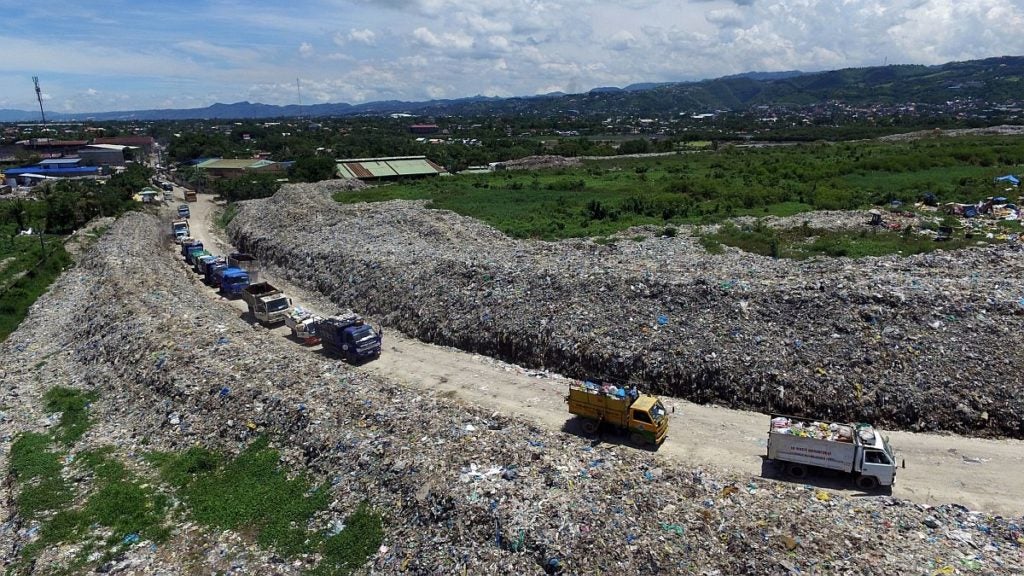 CEBU CITY, Philippines — The Inayawan Landfill will finally be mined and developed six years after the Department of Environment and Natural Resources (DENR) has issued a writ of kalikasan and closure order.

The Cebu City has inked a new Joint Venture Agreement (JVA) with Expedition Construction Corp., a private developer, to rehabilitate the 15-hectare landfill in Barangay Inayawan.

The JVA also includes the filling in of the 60-hectare Pond A at the South Road Properties (SRP).

In a press conference, Mayor Michael Rama said the project is a realization of his long dream to rehabilitate the landfill back in 2015 when Expedition first submitted their proposal to the city during his term.

Expedition was given the first proponent status, but negotiations halted in the time of former Mayor Tomas Osmeña from 2016 to 2019, even prompting the construction firm to sue the city over the delay of the JVA process.

It was only when late Mayor Edgardo Labella took office in 2019 that negotiations resumed and the City Council finally approved the JVA with additional stipulations in October 2021.

When Rama ascended the mayorship with the death of Labella, the JVA was finally signed on January 27, 2022, jumpstarting the 5-year mining and filling of the Inayawan landfill and Pond A, respectively.

Bryan Paz, the project manager of Expedition, said they were honored to take up the project and assured the city that they will fulfill their end of the contract including the building of infrastructure like a hospital and a bridge for the city.

“Expedition Construction Corporation is very honored to take upon this project to fill the Pond A of the South Road Properties of Cebu and rehabilitate the Inayawan Sanitary Landfill in that area. We are excited to deliver the people of Cebu a world-class development, business, recreational amenities in this area,” said Paz.

According to Councilor Raymond Garcia, who authored the resolution approving the JVA in the City Council, the JVA allows Expedition to fill Pond A, mine the garbage in the Inayawan Landfill, and develop the two areas.

There is no monetary gain for the city, but the development should gain income for the city through taxes and the businesses that will flourish within the two areas soon.

He notes that the city benefitted from the JVA because it will not spend a single dime in rehabilitating the Inayawan Landfill nor the filling of the Pond A. Expedition will be pouring in P20 billion for the project at no cost to the city.

“Nakakita bitaw ta nga ang Inayawan Landfill has mountains of trash. It has been an environmental hazard and source of complaint, sickness to the people of the South District. We are now going to free them of this garbage… Aside from that, the City Council pursued addendum provisions that the private proponent will construct a hospital at the option of the city,” said Garcia.

The hospital that Expedition will build for the city will be managed by the city and the government can choose whatever kind of medical facility it may be.

Furthermore, Expedition will build recreational facilities such as football fields, basketball courts, tennis courts, and others that can be used by all residents.

Paz said that they are still finalizing the Detailed Engineering Design (DED) for the project considering the changes the city is requesting.

However, they target to start the mining of Inayawan Landfill in the coming months since they have been given the Notice to Proceed by Mayor Rama.

Lawyer Collin Rosell, the emissary of Mayor Rama over the JVA, said that once Pond A is filled, the city government and Expedition will get 50 percent each of the 60-hectare land. This leaves the city with 30 hectares.

He said that it was a worthwhile bargain because the filling of Pond A will be at no cost to the city and the developments that can be made by Expedition in its share of the land will generate taxes and revenue for the city as well.

All the while, the city can manage 30 hectares of land from Pond A, which without the JVA would remain to be an unusable water body at the SRP.

As for the shares of the Inayawan Landfill that will soon be developed by Expedition into a useable space, Rosell said that negotiations are still ongoing since there is a problem with the ownership of the landfill.

The ownership of Inayawan Landfill remains to be an issue years after it has been closed.

Councilor Garcia said that in the JVA, it is one of the city’s obligations to settle the ownership of the landfill and ensure that the city is granted the title for it.

“Actually the landfill has been in possession of the city government for 50 years. But somehow, private entities were able to title it under their names. As part of our addendum, the private proponent together with the city will venture trying to talk with these owners to come up with an agreement of getting back the 15 hectares from them,” said Garcia.

The councilor notes that even with the question of ownership, the city still has the responsibility of rehabilitating the Inayawan Landfill after it was closed.

The landfill must be rehabilitated pursuant to the Solid Waste Management Code and so the JVA aims to do just that.