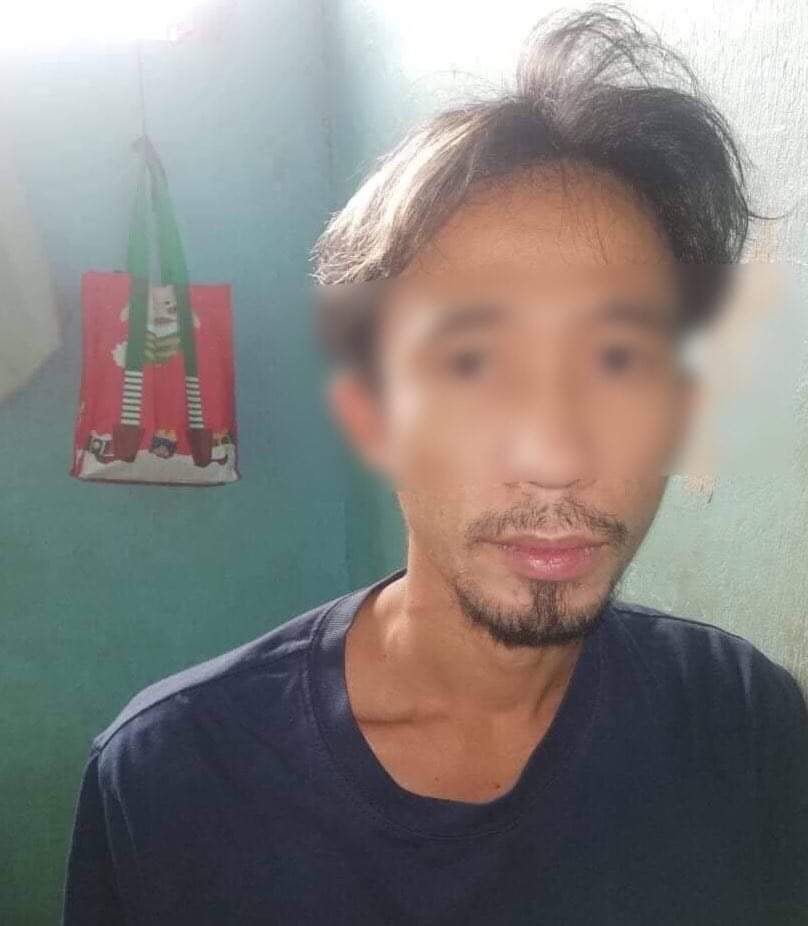 A man wanted for murder and frustrated murder in Central Visayas was arrested in Barangay Capitol Site on Friday, February 4, 2022. | Photo from Talamban Police Station

CEBU CITY, Philippines — A 30-year-old man accused of murder and frustrated murder was arrested on Friday near the Office of the Provincial Prosecutor in Barangay Capitol Site, Cebu City where he tried to settle his cases.

Jeffrey Talisic Pepito, 30, of Barangay Lipata in Minglanilla town, vehemently denied the accusations even after the serving of a warrant of arrest against him on Friday, February 4, 2022.

Police are also looking for a certain Joel Lungtad, who was tagged as Pepito’s accomplice.

Police said Pepito told them that he was wrongly tagged as the one who shot to death a person in Consolacion town as well as the wounding of another.

Police said Pepito is the Top 8 Most Wanted Person in Central Visayas.

According to Police Staff Sergeant Norman Martus, the warrant of arrest was issued on January 11, 2022, by Judge Lucila Martinez Enjambre of the Regional Trial Court, Branch 89, in Mandaue City approximately two years since the crime was reportedly committed.

Martus, admitting that he only has limited details of the incident, said that the murder and frustrated murder cases happened in Consolacion town around 2020. Consolacion and Mandaue City police have been searching for Pepito since then.

For his part, Police Major Alvin Llamedo, chief of Talamban Police Station, said that they received information that the accused was having a transaction in Barangay Capitol Site on Friday, February 4, hence their operation.

Llamedo said that Pepito was trying to settle his pending cases that’s why he went to the prosecutor’s office at that time.

Llamedo said that the accused has knowledge over the issuance of the warrant of arrest, but denied the accusations thrown against him. Llamedo said they also received reports that the person is known to be ‘dangerous’ in Consolacion and Mandaue City areas considering his background.

Pepito is currently detained at the Talamban Police Station pending the return of the issued warrant of arrest.

READ: Wife, who is wanted for killing her hubby in Tabogon, nabbed in Cebu City