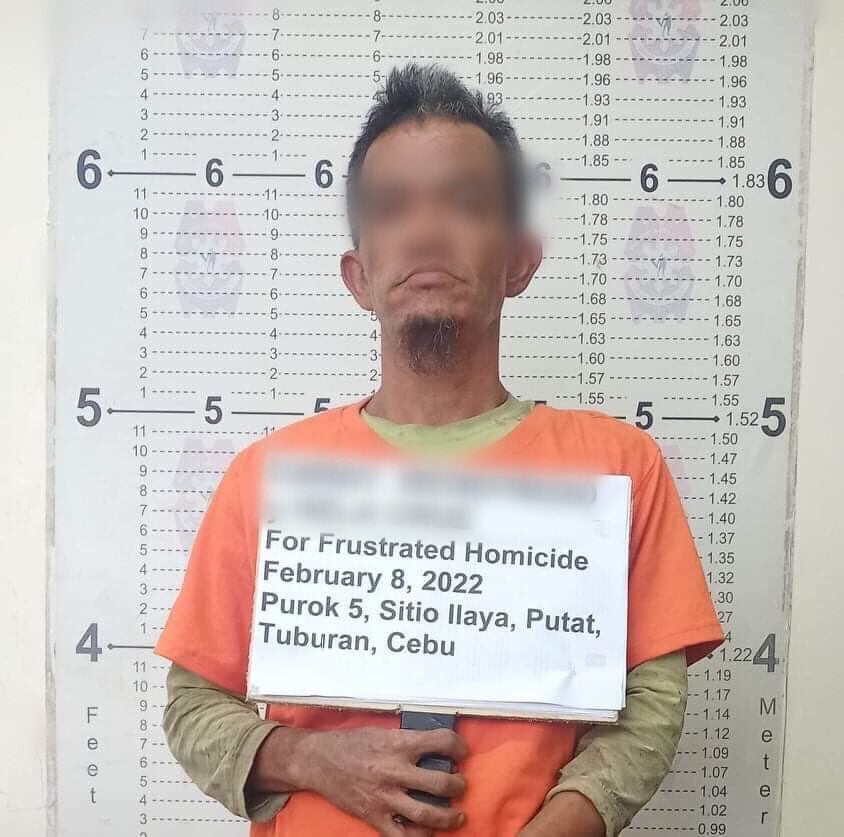 A 39-year-old man was arrested for allegedly hacking his 50-year-old borther in barangay Putat in Tuburan town on Tuesday morning, February 8, 2022. | Photo courtesy of Tuburan PS

Police identified the suspect as a 39-year-old  Wenefredo dela Cruz Caray while the victim was his older brother, Juani, who is 50 years old.

Both are farmers in the same barangay where the incident happened.

Personal grudge was said to be the reason for the hacking, according to an initial investigation from the police.

In the police report, the investigation showed that the suspect went to the house of the victim and this is where a heated argumentation happened, accordingly, due to past grudges.

The suspect, armed with a 16-inches-long bolo, reportedly attacked and hacked the victim, hitting him in different parts of the body.

The suspect fled after the incident while the wounded victim managed to run and seek assistance. He was immediately brought by the responding Tuburan Emergency Responder to the Tuburan District Hospital for medication.

Pursuit operation was conducted by the responding police officers led by Police Staff Sergeant Juneth Flores that resulted to the apprehension of the suspect and the recovery of the bolo used by the suspect. The bolo measured 16 inches, including its handle.

The injured victim is recovering at the Tuburan District Hospital while the suspect is detained at the Tuburan Police Station pending the filing of appropriate charges.