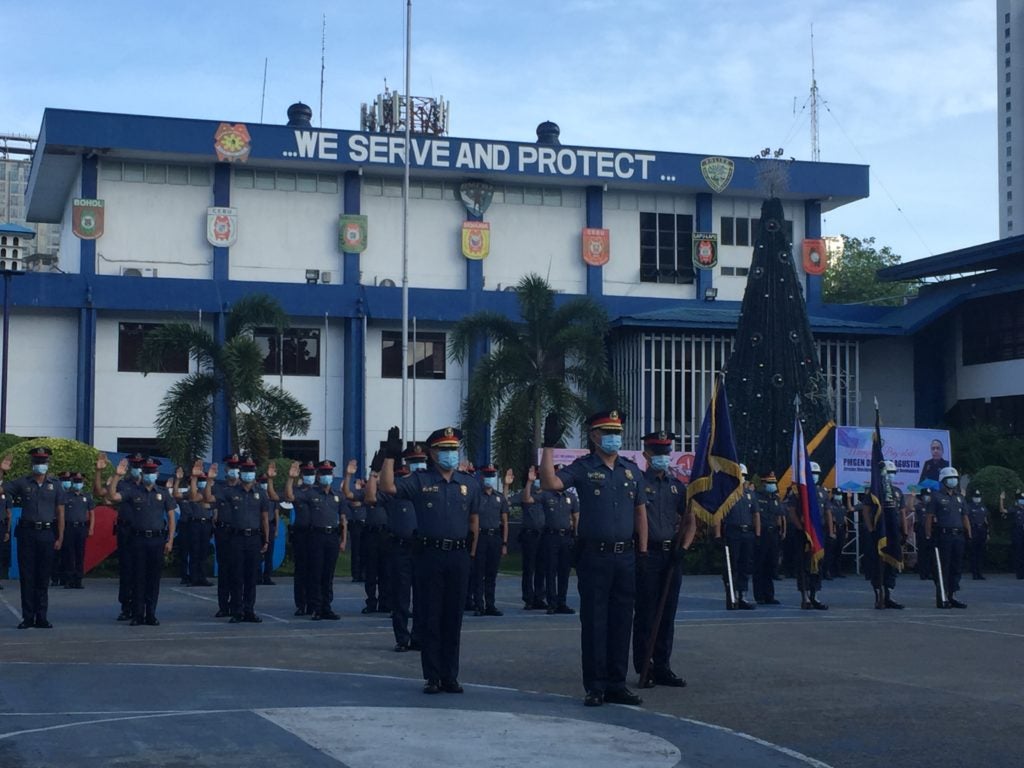 Some police personnel of the Police Regional Office (PRO-7)

CEBU CITY, Philippines — A total of 118 gun ban arrests from 86 different police units of the Police Regional Office in Central Visayas (PRO-7) were recorded making them rank second after Metro Manila, whose police units made 290 arrests.

Police Brigadier General Roque Eduardo Vega, PRO-7 director, challenged his personnel in a statement to continue their efforts in conducting various police operations in the region, especially since they were preparing for a safe and peaceful May 2022 polls.

“Teamwork always leads to greater productivity. When all are dedicated to reaching goals and accomplishing team vision, they can work more effectively and efficiently together,” Vega said in a statement.

Apart from these gun ban arrests, the PRO-7 also confiscated 30 deadly weapons, 69 firearms, and 187 ammunition from their 855 various anti-criminality operations in Central Visayas.

These arrests and confiscations were those they recorded from January 9, 2022,  or from the start of the election period until Friday, February 11, 2022.

With this development, Vega ordered his personnel to intensify their police visibility for the people to be secure from the possible presence of criminals.

Police here continue to conduct their random Comelec checkpoints to stop the transport of firearms which are prohibited along with the implementation of the national gun ban.

Cebu City and Cebu province police offices earlier disclosed that they are constantly monitoring the presence of criminal gangs or those unscrupulous individuals whom politicians might use for their own benefits, disrupting the peaceful conduct of elections here.

With this Vega also highlights the importance of getting the community involved to help police in getting more sources available to help in crime prevention.