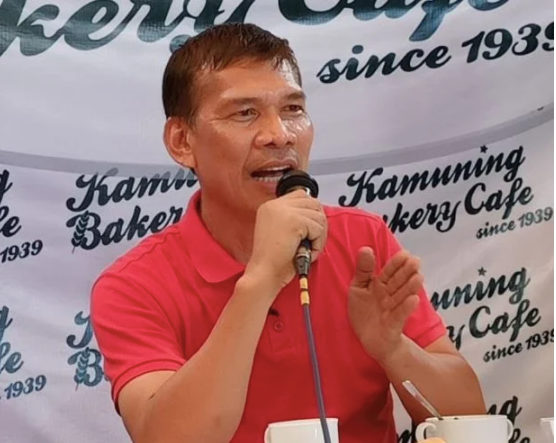 MANILA, Philippines — At least two presidential candidates on Monday expressed their take on the concept of unity, which Ferdinand Marcos Jr. has used as a campaign motto without offering specific plans on how to achieve it.

De Guzman surmised that Marcos Jr., who is leading surveys on presidential candidates, appears content with his performance in pre-election polls.

READ: Leody de Guzman pushes for government and economy of the masses

For Senator Panfilo Lacson, a cry for unity would be nothing if the person calling for it would be all talk.

In a tweet on Monday, the veteran senator said unity is “best accomplished when a leader leads by example.”

“We learned that in school, training and actual practice. A leader who practices what he preaches is the best unifying factor because he inspires and motivates his people. Shared integrity does not divide. It unifies,” he said.

Unity is best accomplished when a leader leads by example. We learned that in school, training and actual practice. A leader who practices what he preaches is the best unifying factor because he inspires and motivates his people. Shared integrity does not divide. It unifies.

“Unity is not just about talking repeatedly about it, nor does it mean having unification talks for some self-serving politics of interest. Unity is about leading by good example for the people to unite under principled leadership, where the bad will eventually join the good among the leader’s followers,” he also later said in a message to INQUIRER.net when asked about his tweet.

He likewise stressed that “good leadership by example can make unity among the people future-proof because it inspires and motivates, not imposed nor demanded.”

Marcos Jr. has repeatedly called for unity during his campaign rallies.

At the formal kick-off of his presidential campaign on February 8 at the Philippine Arena in Bulacan, Marcos Jr. spoke for 20 minutes before his supporters and called anew for unity but never mentioned any details about his plans for the country if ever he gets elected as president.

The camp of Marcos Jr. also explained earlier that their bet will not engage in debates – which, for them, is only meant to cause fighting among presidential contenders.

But the spokesperson of Vice President Leni Robredo, who is also running for president in the May 9 polls, said that a debate among presidential candidates is not a brawl since it serves as a venue where applicants to the highest elective government post can articulate their platform and advocacies as well as address issues related to their candidacy and qualifications.

Marcos Jr.’s camp recently said that he declined the CNN Philippines’ debate but accepted the invite for a debate organized by the SMNI, the broadcasting arm of the Kingdom of Jesus Christ church led by Pastor Apollo Quiboloy, who has already announced his endorsement of Marcos Jr. for president.

Four presidential candidates, however, will not be able to join the SMNI debate.

Read Next
Love at first ride: How Miss Sikad Sugbo fell in love with cycling