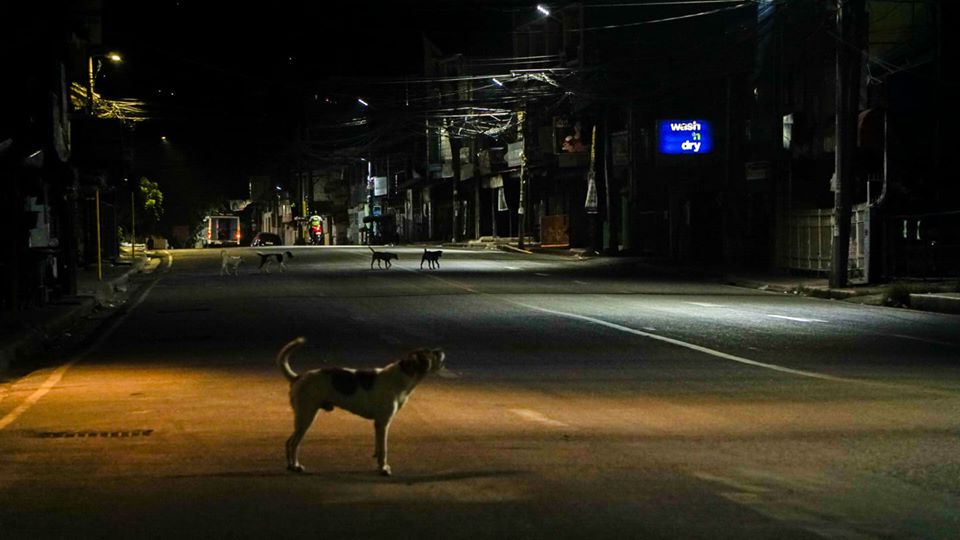 Animals like dogs and cats take over the empty F. Llamas Street in Barangay Punta Princesa in Cebu City in this April 7, 2020 photo. | CDND file photo

CEBU CITY, Philippines – Officials in Cebu City welcomed the decision of the national government’s anti-COVID task force to ease restrictions here by placing the city back to Alert Level 2.

And local officials are open to the possibility of lifting the curfew as they come up with a new set of guidelines in governing the city’s new quarantine classification.

Whether to retain, modify or repeal the existing curfew will be among the topics to be discussed by the upcoming multi-sectoral meeting, said Councilor Joel Garganera, head of the city’s Emergency Operations Center (EOC).

For his part, Garganera said, their committee favors scrapping the curfew, which is currently implemented from 11 p.m until 5 a.m. the next day.

“I’m very open to it and the mayor (Michael Rama) as well. But we will have to discuss it [with] the rest of the sectors like the police, the business – which I’m sure they will welcome it (lifting the curfew) as well as our health sector,” said Garganera.

But in the absence of new policies, local officials said existing rules will be applied pending the issuance of another Executive Order (EO) by the mayor.

Mayor Michael Rama, in a separate interview, said he will be meeting representatives from multiple sectors before he issues new guidelines for Cebu City’s Alert Level 2 status.

Rama also said he will likely announce them on February 24, during the celebration of the city’s 85th Charter Day, if there are changes in the city’s policies.

“I will be bringing an executive order but not now. A very important announcement is coming this February 24 in the morning. And likely after the Mass, I will have to speak on behalf of the city government. I would like to make an announcement,” said Rama.

Cebu back to Alert Level 2