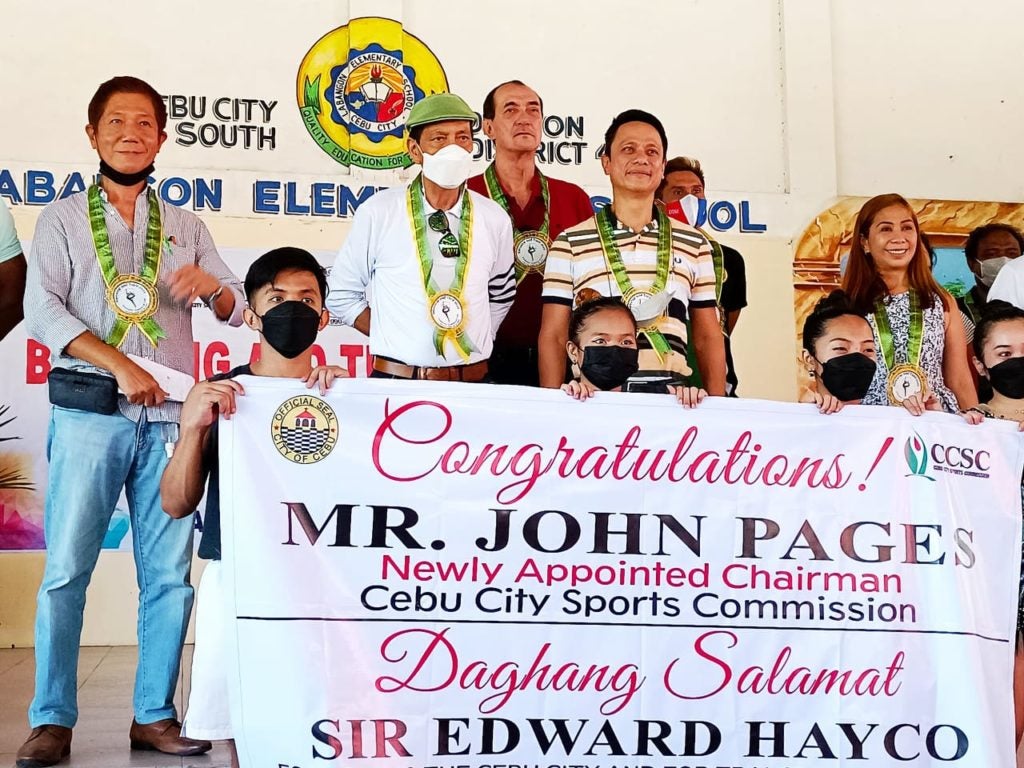 CEBU CITY, Philippines — The Cebu City Sports Commission (CCSC) chairmanship has been passed from one accomplished sportsman to another after Edward Hayco officially welcomed John Pages as the new sports chief in a simple turnover ceremony on Sunday, February 20 at the newly-opened Cebu Gymnastics Academy in Labangon Elementary School.

Hayco stepped down as CCSC Chairman after 12 fruitful years of putting Cebu’s sports scene on the world map.

He is best known for organizing numerous events that set records in the Guinness World Records for Cebu City.

The official turnover was simultaneously held during the ribbon-cutting and opening of the Gymnastics Academy of Cebu at the Labangon Elementary School. The project was in collaboration with CCSC, the Philippine Sports Commission, and the Department of Education. 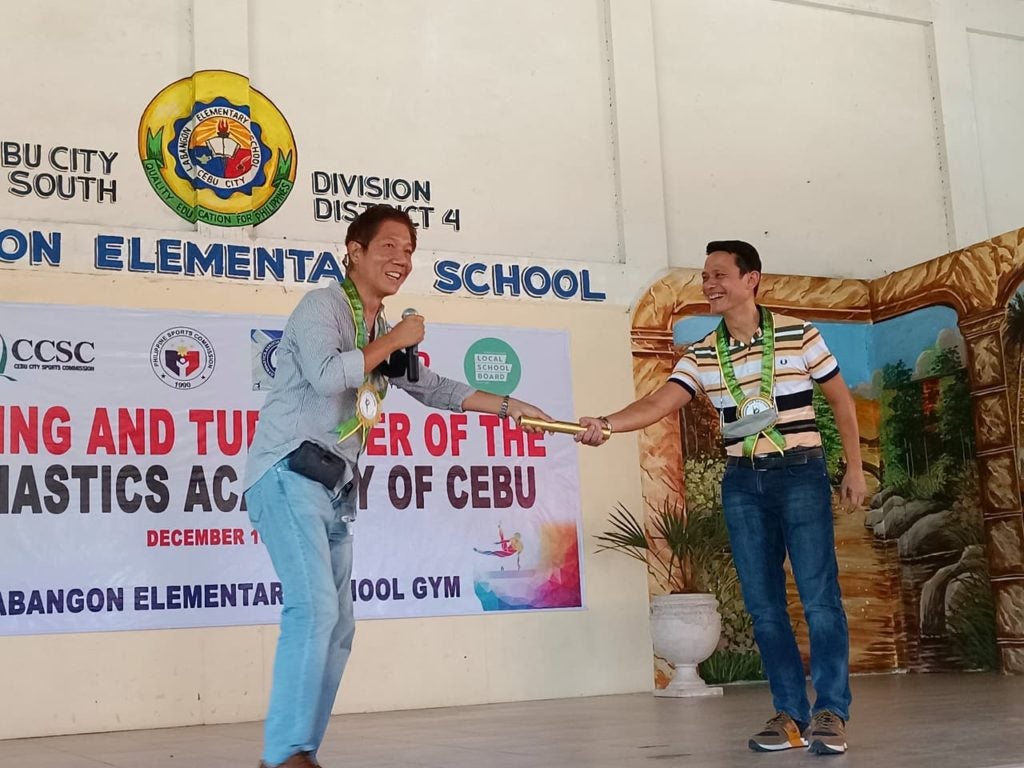 “This is a difficult challenge, if possible it can be continued to be implemented. It is controversial and challenging. Like what Mayor Mike said, it’s not about the medals, but the character. We have a policy in CCSC that I faithfully try to implement that if you are not a volunteer as an athlete or a coach to the grassroots program, even how competent you are, the city will not send you to Batang Pinoy and PNG,” said Hayco.

“It is opposite of the best of the best, win at all cost, gold medal first. This is character first before the medals. I’d like to leave that to John,” he said.

(If you want to implement that policy, even how good the athlete or coach is if he or she did not help as a volunteer coach for 40 hours a year, even if he won a gold medal three times, he or she will not be sent to the Batang Pinoy and the PNG, and it is up to you.)

For his part, Pages honored Hayco’s great contribution to Cebu’s sports scene. He mentioned that Hayco’s vision in developing sports was more than winning a gold medal, but improving the lives of people.

“You cannot find a more hardworking, passionate, and, most of all, humble person than Edward Hayco. Sports, to Ed, is not purely about winning and scoring gold or helping develop Olympians like Mary Joy Tabal or Elreen Ando. Sports, according to the Edward Hayco Doctrine, is more than that. it’s about helping improve the lives of the people, of Cebuanos, especially the children. He has done this for 12 amazing years,” said Pages who is the former president of the Sportswriters Association of Cebu (SAC).

He is also a sports columnist of a daily paper here and an active sports organizer such as the Gullas Junior Tennis Cup, Cebu Marathon, and was part of the organizing team that brought the Davis Cup Tennis here.

In his speech, Pages added that he would continue Hayco’s legacy as the new CCSC Chairman.

“Ed has a big heart. He has a big heart for those with less in life, he has a big heart for our public school students. Ed is humble. He once told me that whenever the Sports Commission has finished a big major project, like a Guinness World Record, that dapat ang ulo dili modako but ang kasing-kasing (the head should not grow bigger but the heart instead),” Pages said

“He has a big heart and he is humble. Ed, in behalf of the Cebu community, thank you for passing this baton to me. I am a runner so I welcome this baton and hope to continue running and building on your legacy,” added Pages.