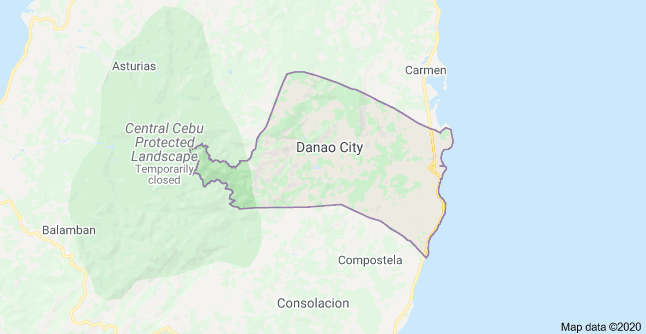 Vice Mayor Thomas Mark “Mix” Durano said in a social media post that allowing some of their students to already go back to school is an indication that the lives of the Danawanons are now slowly going back to normal.

Durano said they are just waiting for the issuance of a safety seal that will allow the schools division in Danao City to proceed with the conduct of limited face-to-face classes.

But wether or not they received the safety seal on or before March 7, Durano said, they will proceed with the planned conduct of a limited face-to-face classes in the 20 pilot schools.

(As of now, we are waiting for the safety seal but wether or not this arrives, we will already proceed with the opening of classes based on a city resolution that we will soon release together with resolutions passed by the barangays where the pilot schools for the face-to-face classes are located.)

Durano said the city has already set in place its preparations for the opening of limited face-to-face classes.

(We are also making sure that protocols will be strictly implemented during the conduct of classes to ensure the safety of our students while they learn in school.)

The 20 pilot schools were identified in a Division Memorandum dated November 26, 2021 that was issued by the Schools Division Office of Danao City.

Here is a copy of the Division Memorandum: 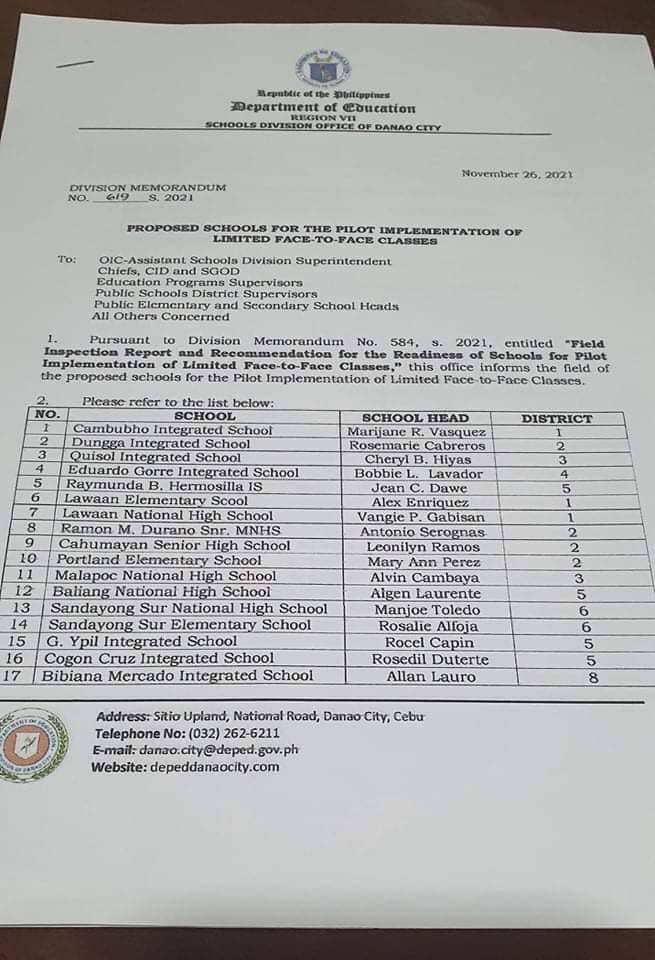 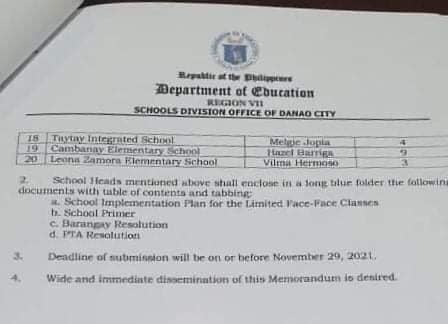