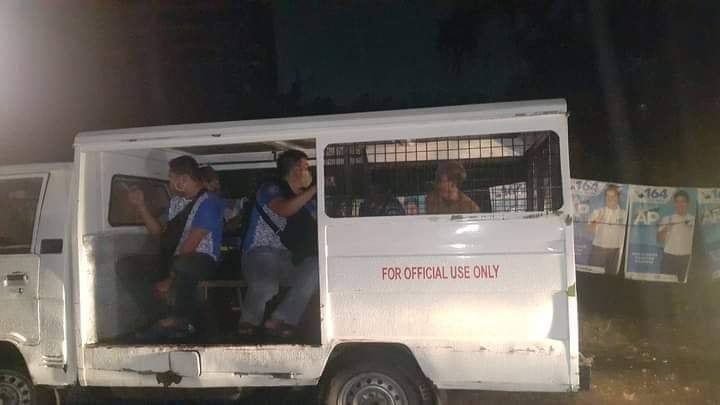 Police arrested one of the suspects in the robbery and murder of a taxi driver in Barangay Apas, Cebu City, Tuesday dawn, February 22. | Contributed photo

CEBU CITY, Philippines – Policemen in Cebu City now has custody of one of the two suspects, who allegedly robbed and killed a taxi driver, at dawn on Tuesday, February 22.

Albert Torregosa from Barangay Pasil, Cebu City is currently detained at the Mabolo Police Station after he was identified as one of the suspects who held up and stabbed taxi driver Edilberto Manulat, 35, and a resident of Danao City.

Manulat was rushed to the hospital by bystanders and first-aid responders but attending physicians declared him dead on arrival, police said.

The crime, according to initial police reports, happened at around 2 a.m. in Barangay Apas, Cebu City.

Citing accounts from witnesses in the area, initial investigations showed that Torregosa and his companion boarded Manulat’s taxi while the latter was traversing Johnson Street.

The suspects robbed and stabbed Manulat who managed to get out of his vehicle to ask for help from bystanders who in turn helped him, and reported the incident to village watchmen (barangay tanods in Cebuano).

The tanods were the ones who arrested Torregosa, who failed to go out of the taxi unit, and turned him over to the authorities.

Police confiscated at least two kitchen knives from Torregosa, who may face charges for robbery resulting to homicide, the police said.

In the meantime, Mabolo police are still conducting further investigation to determine if the suspect had links to previous robberies of taxi drivers in the city.

Read Next
Marcos rally in Antique called off after residents protested