Mabolo buy-bust nets man with P816K worth of shabu 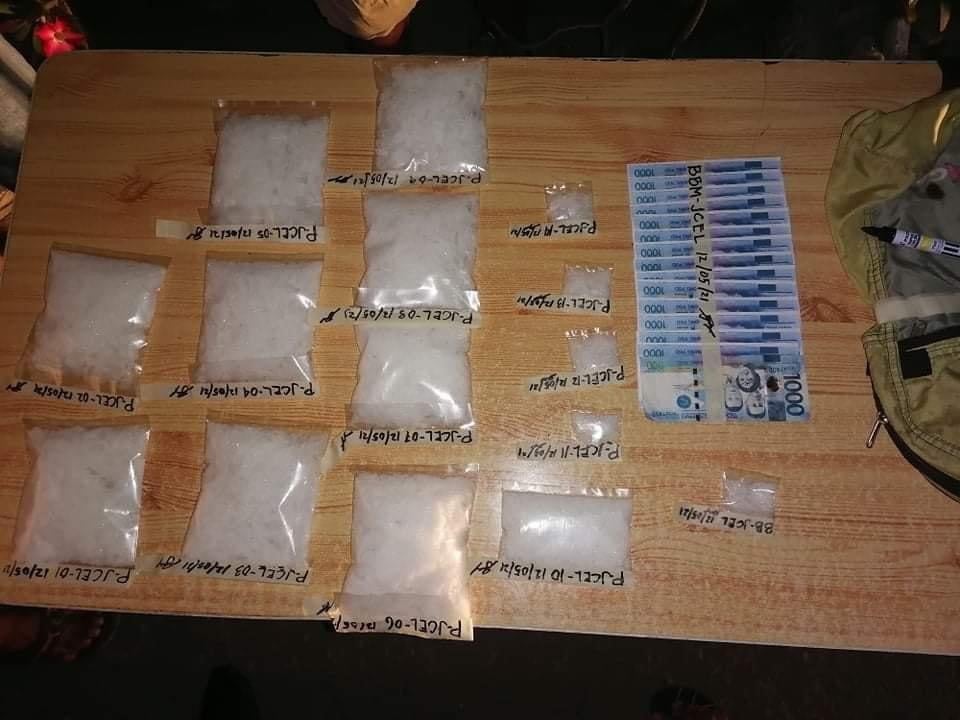 At least 1.8 kilos of ‘shabu’ were confiscated after police conducted a buy-bust operation that led to the arrest of a 39-year-old man in Barangay Tungkil, Minglanilla, on Sunday evening, December 5, 2021. | Photo from Minglanilla PS

CEBU CITY, Philippines – Cebu City police on Wednesday, March 2, arrested a drug personality with P816,000 worth of suspected shabu during a buy-bust operation at around 7:15 pm in Baranggay Mabolo, Cebu City.

The suspect is now under the custody of Police Station 4.

Vega said they were also able to confiscate a sling bag containing the P500 buy-bust money.

The suspected shabu seized from the suspect will be turned over to the PNP Forensic Unit 7 for examination.

The suspect will be facing charges for violation of the Comprehensive Dangerous Drugs Act of 2002.     /rcg