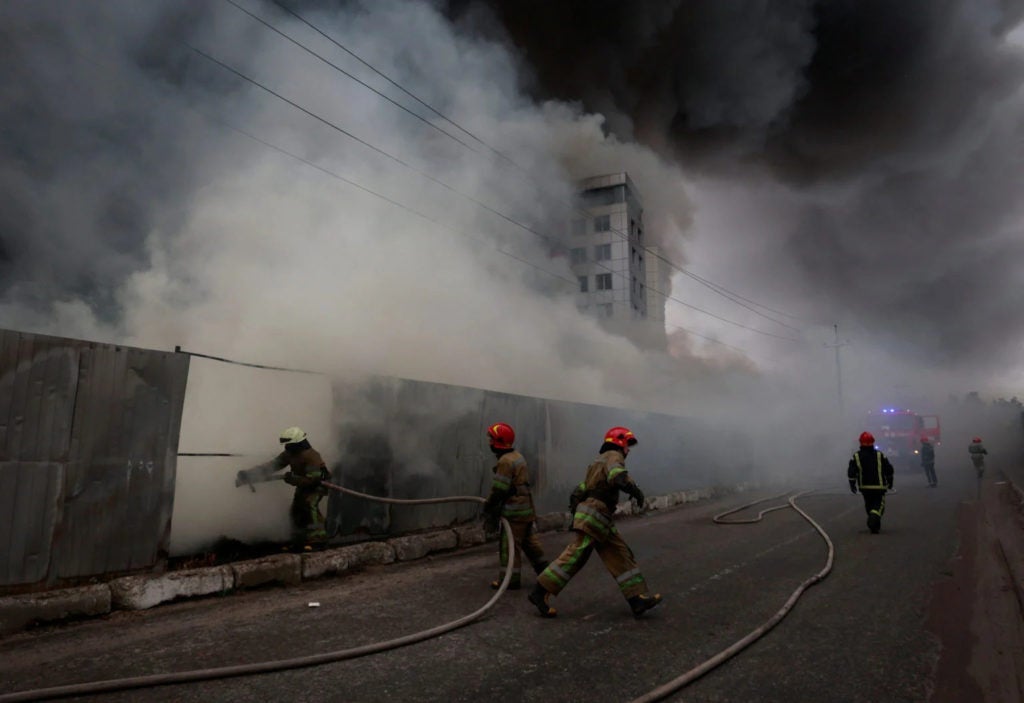 Firefighters extinguish fire at a warehouse that caught flames, according to local authorities, after shelling, as Russia’s invasion of Ukraine continues, in the village of Chaiky in the Kyiv region, Ukraine March 3, 2022. REUTERS/Serhii Nuzhnenko

BORODYANKA/LVIV, Ukraine – The Zaporizhzhia nuclear power plant in Ukraine, the largest of its kind in Europe, was on fire early on Friday after an attack by Russian troops, the mayor of the nearby town of Energodar said.

There has been fierce fighting between local forces and Russian troops, Dmytro Orlov said in an online post, adding that there had been casualties without giving details.

Earlier, Ukrainian authorities reported Russian troops were stepping up efforts to seize the plant and had entered the town with tanks.

“As a result of continuous enemy shelling of buildings and units of the largest nuclear power plant in Europe, the Zaporizhzhia nuclear power plant is on fire,” Orlov said on his Telegram channel, citing what he called a threat to world security. He did not give details.

Reuters could not immediately verify the information, including the potential seriousness of any fire.

The invasion of Ukraine is entering its ninth day. Thousands are thought to have died or been wounded as the biggest attack on a European state since World War Two unfolds, creating 1 million refugees, hits to Russia’s economy, and fears of wider conflict in the West unthought-of for decades.

Russia has already captured the defunct Chernobyl plant, some 100 kilometres (62 miles) north of Ukraine’s capital, Kyiv.
On Thursday, the United States and Britain announced sanctions on more oligarchs, following on from EU measures, as they ratcheted up the pressure on the Kremlin.

Included was Russian tycoon Alisher Usmanov, the founder of mining company Metalloinvest.
Visa restrictions will be imposed on 19 Russian oligarchs, their family members and associates, the White House said.

Russia calls its actions in Ukraine a “special operation” that is not designed to occupy territory but to destroy its neighbour’s military capabilities and capture what it regards as dangerous nationalists. It denies targeting civilians.