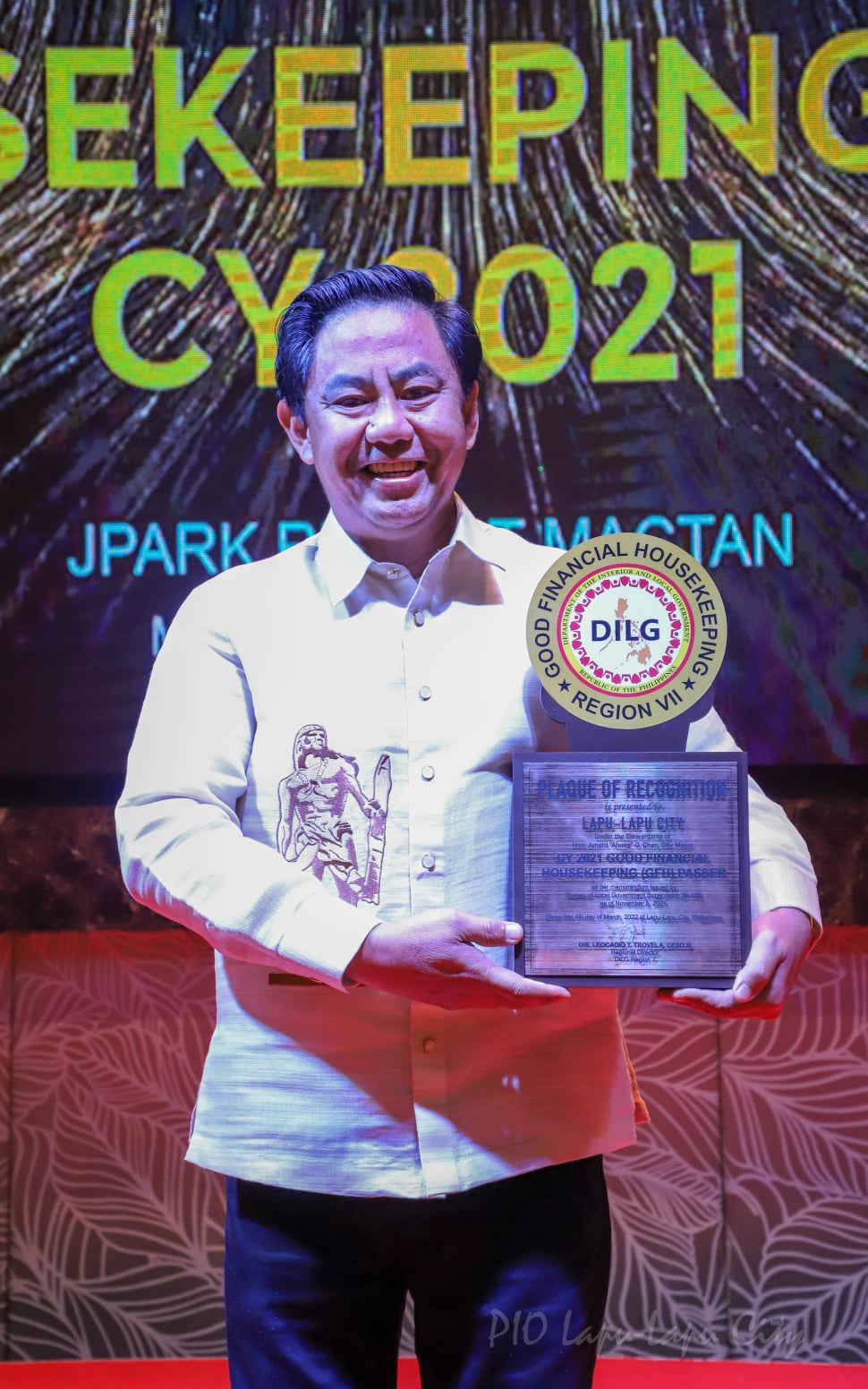 Mayor Junard receives a plaque for Good Financial Housekeeping from the Department of Interior and Local Government.| Photo courtesy of Lapu-Lapu City PIO

MANDAUE CITY, Cebu – The Department of Interior and Local Government in Central Visayas (DILG-7) has recognized Lapu-Lapu City for its Good Financial Housekeeping in 2021.

On Friday, March 4, Mayor Junard Chan received a plaque from DILG-7 Director Leocadio T. Trovela as proof that the city government under his administration “spent and audited its public funds by delivering basic services that are responsive to people’s needs with absolute transparency.”

The seal of Good Financial Housekeeping is given to Local Government Units that comply with accounting and auditing standards, rules and regulations.

“Our City has been through so much in the past 2 years since the pandemic began and the devastation brought by Typhoon Odette last December 2021 has given our City another challenge to withstand. This award has given us a new beam of hope and reminds us that our sacrifices and efforts are all worth it. We are very pleased that all our hard work and perseverance in managing this City is being recognized by DILG,” Chan said during his acceptance speech, a copy of which was posted on the Facebook page of the city’s Public Information Office (PIO). 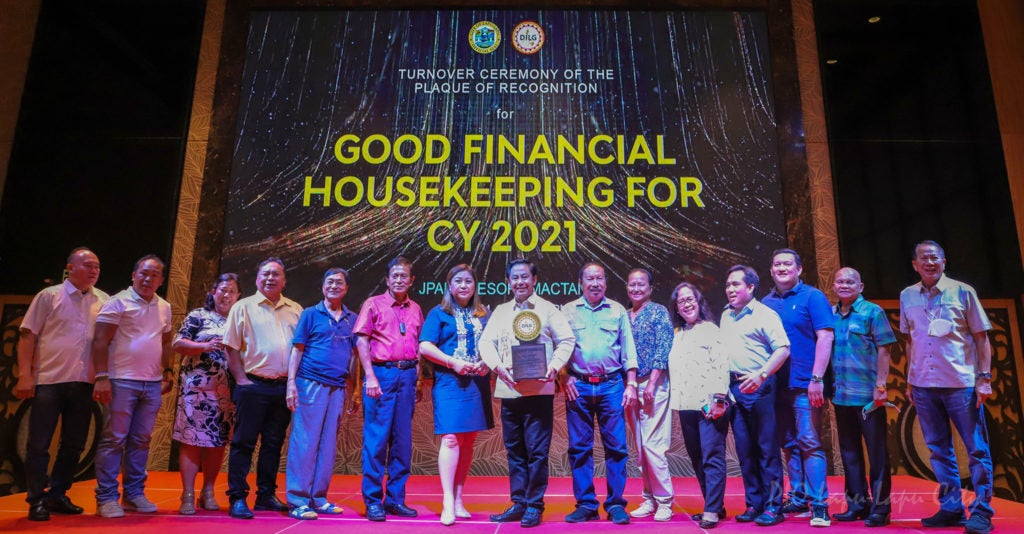 The Lapu-Lapu City Mayor also shared the achievement with all the City Hall employees who “have given their best for our City to attain this award.”

“Rest assured, the Chan Administration will continue to uphold our commitment to provide good governance and good financial housekeeping in the City of Lapu-Lapu most especially during these trying times of pandemic and post Typhoon Odette,” he added.

Chan made a promise that soon “Lapu-Lapu City will be back on track and claim our economy’s former glory sooner than we thought.”