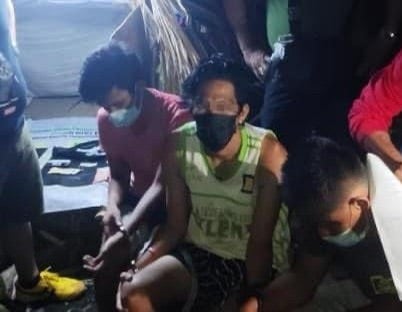 Three men are caught with suspected shabu during a buy-bust operation in Barangay Lahug, Cebu City on Friday, March 4. | Photo courtesy of PDEA-7

CEBU CITY, Philippines – Authorities shut down a suspected drug den in a barangay in Cebu City on Friday evening, March 4; arrested 3 drug personalities; and confiscated P68,000 worth of suspected shabu.

They were caught with 10 grams of suspected shabu which had a market value of P68,000.

(A concerned citizen reported that the house was a drug den and during our surveillance and case buildup, our team confirmed that there were people who would go there to buy and use illegal drugs.)

PDEA-7 said that Pantojan was the target of the operation since he was allegedly the drug den manager or caretaker while the other two arrested were allegedly drug pushers, who were working for him.

Alcantara said that the suspects did not reveal the sources of their illegal drugs when interviewed by authorities. 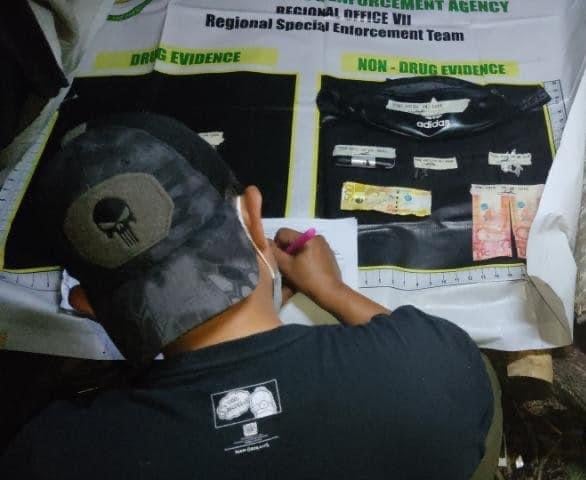 Despite the buy-bust operation in Cebu City, Alcantara said they were making headway in their war against drugs in the city.

She was referring to the PDEA’s Barangay Drug Clearing Program (BDCP).

The program focuses on the effectiveness of the Anti-Drug Abuse Councils (ADACs) and the long-term viability of anti-illegal drug programs in communities.

She cited Cebu City’s case which had reduced drug addiction in 11 barangays from a total of 80 percent from a 100 percent in just a year.

Alcantara said that this was a sign that the BDCP campaign was effective and successful.

Meanwhile, the suspects in the buy-bust operation were detained at the PDEA-7 detention cell pending the filing of illegal drug charges.

5 nabbed with P100K worth of shabu in Labangon ‘drug den’

Read Next
Karla Estrada sends off daughter to study abroad