Lapu-Lapu police to ‘drug pushers’ from other areas, who sell shabu in city: You will be caught 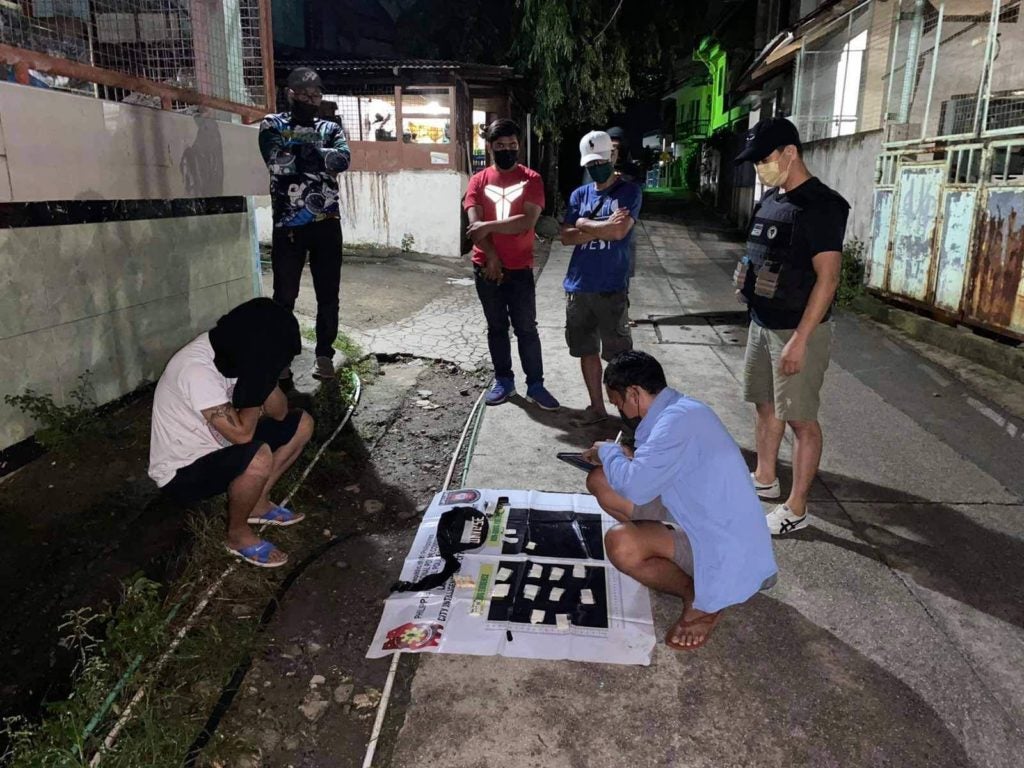 A 47-year-old resident of Barangay Guadalupe in Cebu City was arrested with 80 grams of suspected shabu worth P544,000 during the buy-bust operation conducted in Sitio Mustang, Barangay Pusok in Lapu-Lapu City at about 11:45 p.m. on Saturday, March 12, 2022. | Photo courtesy of LLCPO

CEBU CITY, Philippines — Lapu-Lapu police are serving notice to people outside the city, who bring and sell their illegal drugs here, that they will be caught and arrested.

This was after police caught a Cebu City resident with more than half a million pesos worth of suspected shabu during a buy-bust operation on March 12 in Sitio Mustang, Barangy Pusok, Lapu-Lapu City.

Jamiri was referring to Ryan Sormillon, 47, of Barangay Guadalupe, Cebu City, who was arrested in the recent buy-bust operation in Barangay Pusok.

Sormillon was caught with 80 grams of suspected shabu, which had a market value of P544,000.

Jamiri said that Sormillon was among seven out of 11 drug personalities, who are not residents of the city and were arrested in 11 anti-illegal drug operations in the city this year.

Jamiri cited the importance or the impact of the arrest of Sormillon because it meant that those non Lapu-Lapu residents, who sell their illegal drugs here, would be caught.

He also described Sormillon as a person who could allegedly dispose from 50 to 100 grams of shabu in a week in the city.

He also said that there was a possibility that Sormillon’s illegal drugs market not only involved Lapu-Lapu City but also in nearby cities.

Jamiri also attributed their success in the arrest of Sormillon and other previous drug suspects to their good intelligence gathering, careful planning in executing their operation and to the cooperation of residents here, who would inform them of the activities of drug personalities.

Aside from the suspected shabu, a .38 caliber revolver was also confiscated from Sormillon’s possession.

Sormillon was detained at the Lapu-Lapu Police Office detention cell pending the filing of charges.

The anti-illegal drug operations were done on Saturday, March 12.

In Talisay City, police arrested a man, who allegedly had a police record of snatching in Cebu City.

Caballes also said that a .38 caliber revolver was confiscated from Abella’s possession.

Those arrested in Carcar City and  Talisay City were detained at their respective detention cells.

P1.7M worth of suspected shabu seized in Mabolo buy bust