Zelensky to Moscow: ‘This is the time to meet 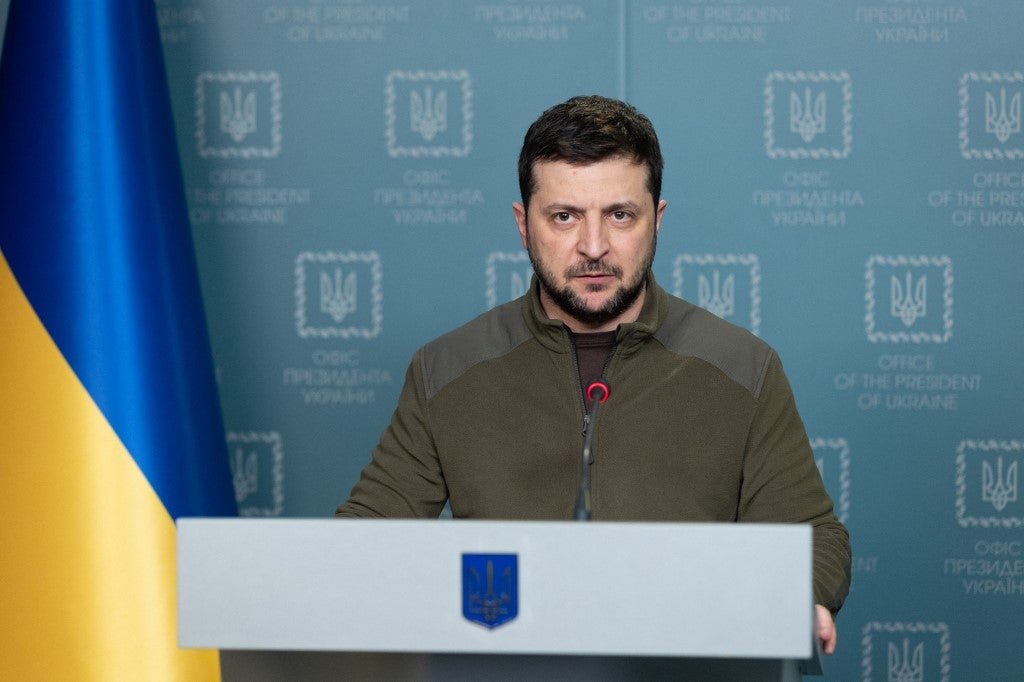 In this handout picture taken and released by the Ukrainian Presidency Press Office on March 18, 2022, Ukrainian President Volodymyr Zelensky addresses the nation in Kyiv. (Photo by Handout / UKRAINE PRESIDENCY / AFP)

KYIV, Ukraine — Ukrainian President Volodymyr Zelensky called again for talks with Moscow on Saturday, saying they were the “only chance for Russia to minimise the damage done with their own mistakes” after invading.

The two sides are currently holding negotiations remotely but so far, like previous rounds, they have yielded little progress. None have been at the presidential level.

“This is the time to meet, to talk, time for renewing territorial integrity and fairness for Ukraine,” Zelensky said in a video posted to Facebook.

“Otherwise, Russia’s losses will be such, that several generations will not recover.”

Zelensky also said that Ukrainian authorities had been able to rescue more than 9,000 people from the port city of Mariupol, which is under siege by Russian forces.

There was still no information about the number of people who had died when a theatre in the city sheltering civilians was bombed, he said.

Over 180,000 Ukrainian citizens had been rescued through humanitarian corridors across the country, Zelensky said.

He accused Russian forces of blocking aid around hotspot areas, saying “they have a strict order to do everything, so the humanitarian catastrophe in Ukrainian cities turned into reason for Ukrainians to work together with the occupiers”.

Several rounds of negotiations between Kyiv and Moscow have taken place both in person and virtually since the Russian invasion of Ukraine began on February 24.

The latest set of talks, the fourth, opened on Monday.

Russia’s top negotiator said Friday that Moscow and Kyiv had brought their positions “as close as possible” on a proposal for Ukraine to become a neutral state.

But Mikhailo Podolyak, an advisor to Zelensky taking part in the negotiations, said his country’s position had not budged.

“Negotiation status. The statements of the Russian side are only their requesting positions,” he wrote on Twitter.

“All statements are intended, inter alia, to provoke tension in the media. Our positions are unchanged. Ceasefire, withdrawal of troops & strong security guarantees with concrete formulas.”

Russia, which has been conducting a military operation in Ukraine since February 24, has requested that its neighbour never join the Western NATO military alliance, as well as demanding its “demilitarisation” and “denazification”.

More Ukraine-Russia talks scheduled as attack on base kills dozens