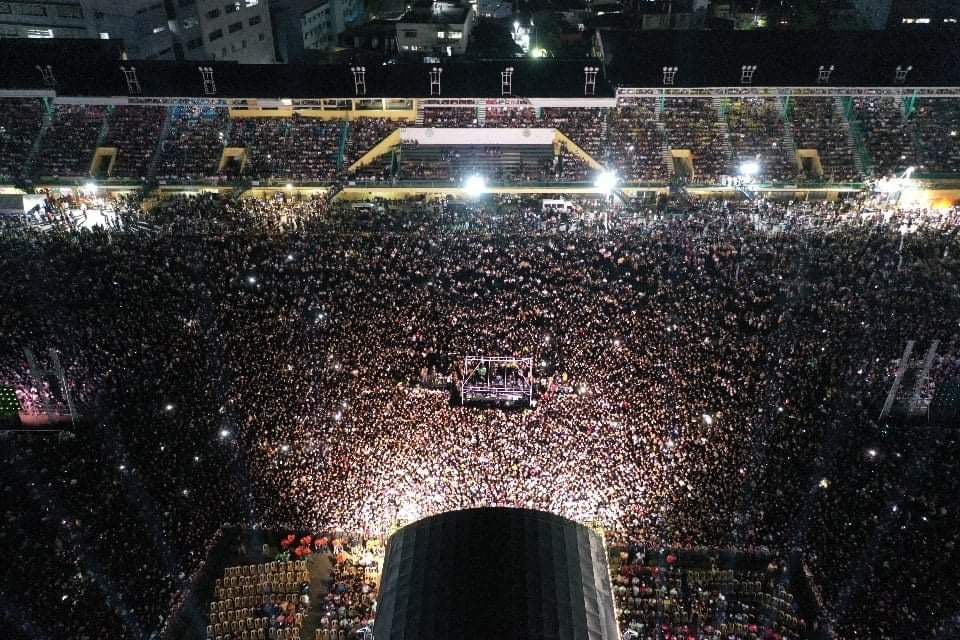 CEBU CITY, Philippines –A still undetermined number of individuals including some police officers and concertgoers were among those who were reported to have sustained minor injuries after they were pushed and stepped on during the Arat na Cebu Concert.

Police Lieutenant Colonel Ryan Devaras, deputy director for administration of the Cebu City Police Office (CCPO), said they continue to account for all of those who were injured as of this writing.

(We received reports but these are just minor, not major injuries. We continue to account for these individuals for us to get the exact number of those who were injured.)

However, Devaras denied claims of a stampede during the Saturday night concern held at the Cebu City Sports Center (CCSC) grounds.

(There was no stampede, there were just people who kept on pushing others.  If there was a stampede, it will result to major injuries. But so far, there was none.  The reports that we received were on minor injuries.)

Videos are circulating online showing some concert goers who were trying those who were ahead of them in order to enter CCSC.

In an interview, Saturday night, Police Lt. Col. Wilbert Parilla, the CCPO deputy director of operations, said he did not get any report on individuals who may have been injured during the concert.

In a separate interview on Sunday, Devaras said, they are now beginning to get reports on individuals with minor injuries but they continue to look into these.

Devaras said they prepared for the convergence of a huge crowd at the CCSC.  In fact, they deployed a total of 500 security personnel consisting of 250 policemen and 250 force multipliers.

But they failed to anticipate the eagerness of most of the spectators to enter the concert venue.

If there was a breach of health protocols, Devaras said, concert organizers will have to take responsibility for it.

Devaras, who was at the venue then, said he saw people observing health protocols that included the wearing of face masks.

Should Mayor Michael Rama push with a plan to allow a concert at the South Road Properties, Devaras said, they will have to follow whatever instructions will be given to them by their superiors.

But they will make sure that they are better prepared the next time.

Their preparations will include the deployment of additional security personnel to especially oversee crowd control.

Policemen estimated the Saturday night crowd at the CCSC to have reached at least 100,000.

Organizers said that the event was a celebration of the Cebuanos recovery from the COVID-19 pandemic and super typhoon Odette.