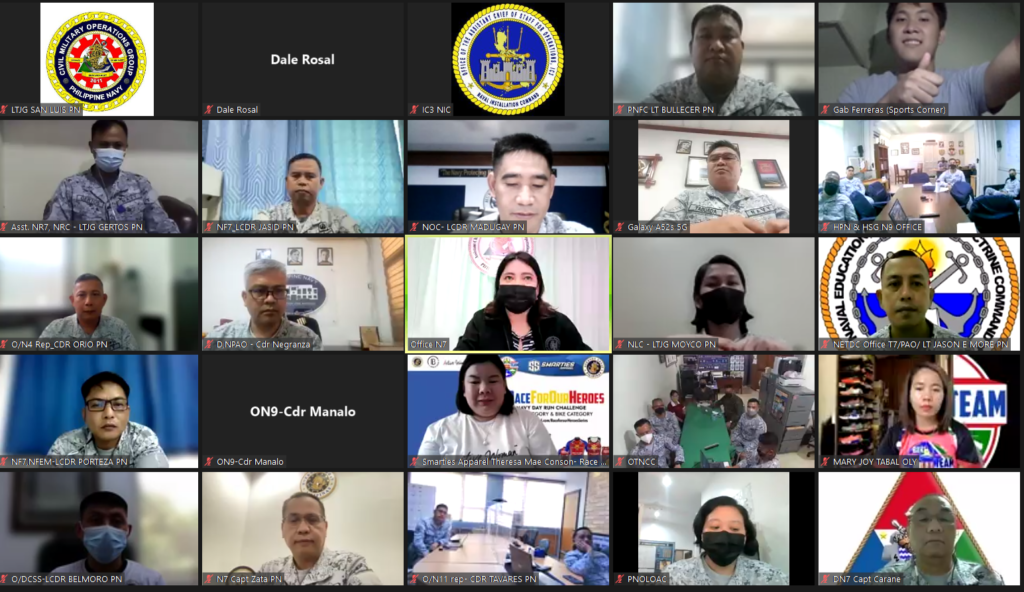 Screen grab from the virtual press conference of the Race for our Heroes: Navy Day Bike & Run Challenge.

CEBU CITY, Philippines — The month-long “Race for our Heroes: Navy Day Bike & Run Challenge” of the Philippine Navy will unfold on Friday, April 1, 2022.

The virtual bike/run non-competitive event is organized by the Philippine Navy in partnership with Active Hub for the benefit of the families of the Armed Forces of the Philippines’ (AFP) identified battle casualties and COVID-19 frontliners.

A virtual press conference was held on Wednesday, March 30, 2022, to officially launch the event attended by high-ranking Philippine Navy officials along with event organizers.

“It’s one of the highlight activities in anticipation of the celebration of the 124th anniversary of the Philippine Navy. More than promoting a healthy lifestyle and proving physical core, this event aims to generate support for the benefit of our Race for our Heroes project which is dedicated to helping our fellow Filipinos who are in greatest needs, “Rear Admiral Antonio Palces, the acting flag officer in command of the Philippine Navy said during the presser.

Also present during the virtual presser was the race coordinator Theresa Mae Conson of Active Hub.

Similar to previous non-competitive virtual races organized by Active Hub, this one features two disciplines, the bike and run which have varying distances that the participants can join.

The proceeds of the registration will be used to help the families of AFP’s battle casualties including PO3 Jose Audrey Bañares of Lapu-Lapu City.

Bañares is a member of the Naval Special Operations Group who was killed in action in 2013 in Mindanao.

The event is expected to draw more than a thousand participants from the ranks of the Philippine Navy, AFP, and regular sports buffs.

Participants are required to complete their chosen category and distance from April 1-30, 2022, to receive the finishers’ medal.