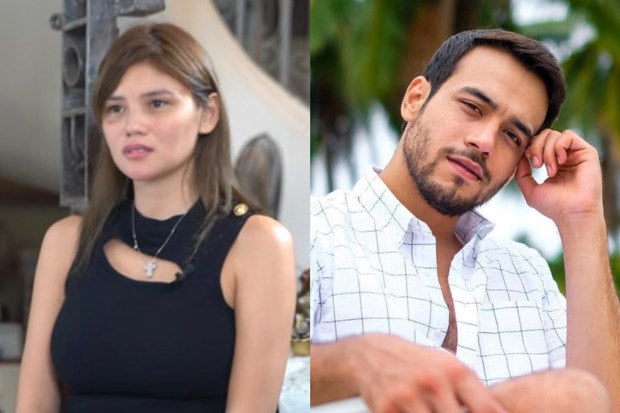 Ana Jalandoni received an apology from actor Kit Thompson through Instagram for beating her up in Tagaytay last March 18.

Jalandoni spoke about how Thompson reached out to her to apologize, in an exclusive interview with the King of Talk Boy Abunda, as seen on his YouTube channel yesterday, April 3.

“Nagmessage siya (He messaged me) through Instagram to say sorry,” she said to which Abunda asked if she responded and she answered, “No.”

When asked if she had already forgiven him, Jalandoni took a pause and said, “In time.” She also clarified that though she still loves Thompson, she would not get back together with him because she’s not certain if he would change.

The actress then relayed her message to Thompson, who she recounted she last saw at the time the police went to the hotel in Tagaytay to rescue her.

(He needs to fix his life. He needs to learn from the mistakes he made. He needs help, Tito Boy. Promise. Even if he hurt me, I still understand him. I don’t know why.)

Jalandoni also expressed her gratitude to her family and friends who serve as her support system to get through the emotional difficulties she has been facing since the incident.

(I lost my self-confidence, promise. I now find myself ugly. Every time I look at the mirror, I see what happened. I feel like I lost the Ana who’s jolly and friendly. I lost my energy.)

Jalandoni earlier broke her silence on the past incidents where Thompson showed aggressive behavior, citing an instance where he held a knife to her neck because of a joke. Prior to that, Thompson also allegedly raised his voice and blurted curse words when they had their first fight as a couple.

Kit Thompson held knife to Ana Jalandoni’s neck over a joke, she recounts